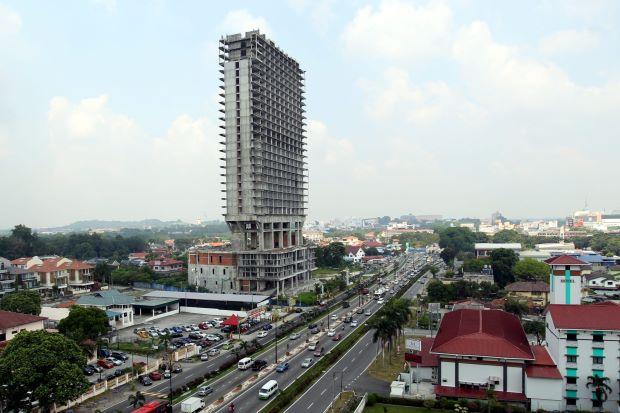 The Boss Service Suites (pictured) is possibly seeing some light at the end of the tunnel as several property developers have offered to step in to rescue the abandoned development in Klang.

According to one of the project's units purchasers who preferred to remain anonymous, there are three developers who have expressed their interest in taking over the project and the purchasers' association has recently shortlisted one of them as the potential white knight during The Boss Purchasers' Association's Annual General Meeting which was held on March 18, 2017.

"The AGM lasted for four hours, a total of 110 purchasers and proxies have attended the meeting to discuss and vote for the suitable company to undertake the revival project" he told TheEdgeProperty.com via a phone interview.

According to him, the liquidator for The Boss, KPMG Deal Advisory Sdn Bhd, is now in the midst of fine-tuning the terms and conditions of the revival plan.

"The next step is for the white knight to talk with the billing bank, which is also currently the owner of the project, on the redemption sum" he explained.

Once an agreement has been achieved by the bank and the white knight company, the purchasers' association will organise an Extraordinary General Meeting to vote on the revival plan.

If everything goes well, the revival plan for the project should start within two to three months.

The Boss Service Suites, which is located along Jalan Batu Tiga Lama, Klang, is a high-rise residential hotel suites development which was launched in 2010. It was declared abandoned mid-2015.

The development comprises 377 units of hotel suites and 62 units of retail units which offered guaranteed rental returns of 7% to 8%.

According to the purchaser, before the project was abandoned, it had recorded a take-up rate of 80%, which meant that the developer should have had sufficient funds to complete the project.

However, the construction of the 28-floor tower stopped at the 26th floor. By the time it was declared abandoned, the retail units were about 90% completed.