Sabah has the potential to become an important window for China to export its agricultural products to Southeast Asia countries due to its strategic location in the region, said Minister of Special Tasks Datuk Teo Chee Kang.

Teo said Sabah has the support from the Federal Government to develop the State as a logistics hub in the region.

"Sabah, located strategically in the centre of the Southeast Asia region, can be an important window for China to export its agricultural products to the 600 million population in the region.â€

"I believe Sabah and China have much room to explore in terms of collaboration opportunities in the agricultural sector" Teo said during his visit to the Department of Agriculture of Hubei Province in Wuhan, Hubei Province, China.

Their itinerary include visits to Wuhan, Guangzhou, Shenzhen, Macau and other major cities in China where they will meet with government officials, chambers of commerce and entrepreneurs to explore business opportunities and collaborations.

During a dinner hosted by the Tong Daochi, the Vice Governor of Hubei Province, Teo also said that the business investments and collaborations between Sabah and Wuhan could be further enhanced with the establishment of friendship city ties between both places and the availability of direct flights.

He hoped that this visit would mark the beginning of win-win relations between Sabah and Wuhan.

Meanwhile, Liew hoped that the Sabahan entrepreneurs would take the opportunity to establish a friendship with their counterparts in China in order to explore mutually beneficial investment opportunities.

"The purpose of organising the visit to China is to open up collaboration opportunities for enterprises that complement each other" he said. 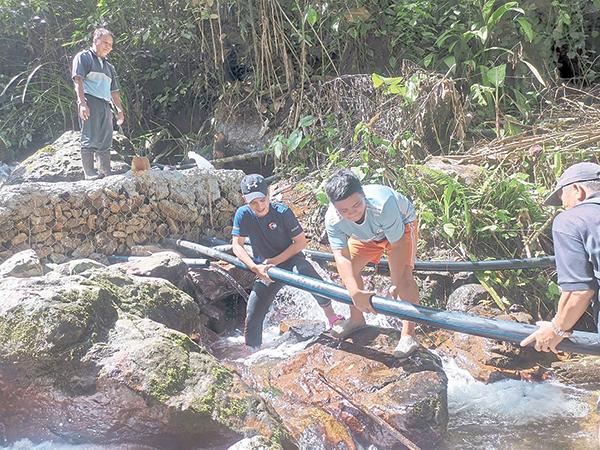