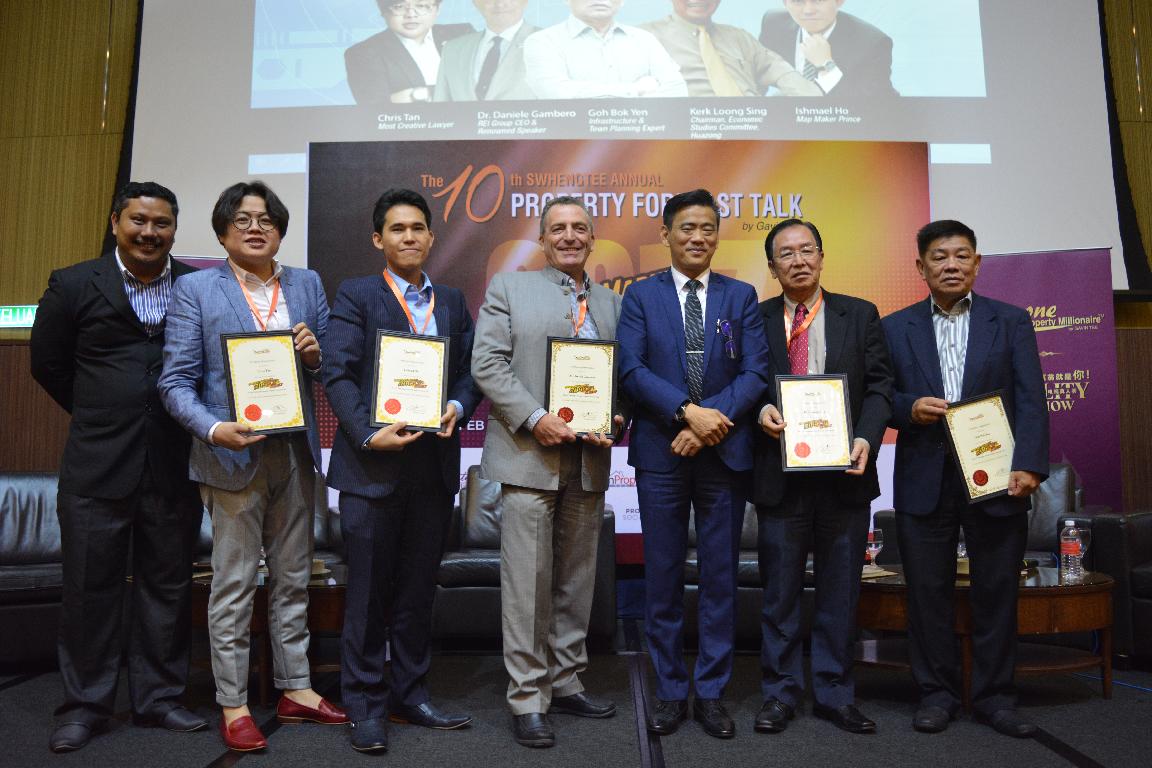 
Greater KL will be the top hotspot in 2017 and continuously ranked at the top for the next 5 years, says Dato' Sri Gavin Tee, Founding President of Swhengtee International Investment Alliance. He was speaking during Swhengtee's 10th Annual Property Forecast Talk on 19th February 2017 in Kuala Lumpur.

The property consultant was confident that "KL will come up the top of the listâ€ when he elaborated on his â€˜One Belt, 12-Diamond' Hotspot Map in which he revealed his hotspot picks. During the talk, Tee gave 10 predictions; among them, big geopolitical changes around the world, rising protectionism and worsened economic tensions which would lead to a major restructuring in the property world.

Often referred to as the â€˜Godfather of Property Forecasts', Tee predicted game-changing trends that will completely change the property investment landscape in 2017. Underlying those changes are technological innovations that will cause a massive shift in consumer behaviour.

Chinese influx Tee also predicted that the Chinese will for the first time start investing massively in Greater KL this year. "The investment might even surpass both Iskandar and Melaka where they are already heavily invested" Tee said, adding that this will be a major factor reviving a sluggish property market in KL. "It would also speed up KL's progress into becoming a global metropolis.â€

On speculation by certain quarters that the Chinese are taking away jobs or contracts from Malaysians, Tee countered that Chinese companies are mainly investing in infrastructure such as ports and railways which require heavy capital and technology that Malaysia currently lacks.

"Moreover, these infrastructures are necessary for Malaysia to become a developed city and compete with its neighbours. In the case of property investment, the Chinese have many other choices which offer better incentives and returns, so Malaysians should be more receptive and look at it from a positive viewpoint in that the Chinese are helping to build up the country.â€

At the same time, this could increase tremendously tourist arrivals and student enrolments from China, the property expert added.

"It would also improve bilateral trade and relations; for example, we could increase our commodity exports such as palm oil and durians to China as well as halal products.â€

Tee mentioned that these three positive spinoffs from more Chinese investments i.e. tourism, education and exports have the potential to revive the economy of Malaysia. "Hence, Chinese arrivals should be looked at positively" he concluded.