The State Government’s plan to provide proper and comfortable homes to squatters is slowly being realized with another 61 families receiving the keys for their new homes at PPR Bubul Ria earlier this week.

Earlier he apologized for not being able to visit the victims because at that time the state had a very strict movement control order, but he said the grassroots staff, especially the district officer, police chief, security and health personnel had done their job well in enabling the victims to be relocated to the PPR.

Shafie said after the fire at Kampung Sri Aman near Kampung Simunul, it was time for the government to move them to the PPR which had 800 units.

“The rent-to-own concept housing includes the PPR in Tagasan which has 500 units and if there are any available units, other villagers who want to move in, the government would move them here, but for the moment the priority is for the villagers of Kampung Simunul,” he said.

Meanwhile, Kg Sri Aman head of PPR Block, Roslan who received the keys on behalf of all the 61 families in a handover ceremony yesterday, said they were thankful to the government for giving them comfortable and safer homes to stay. 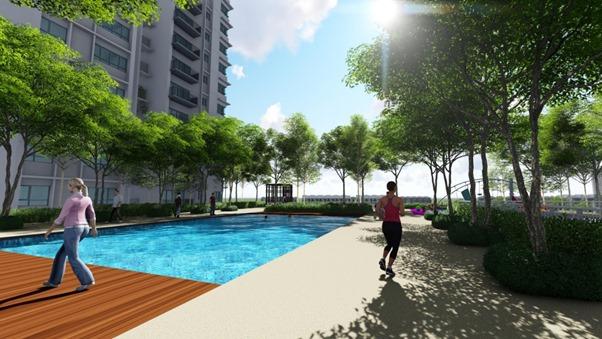