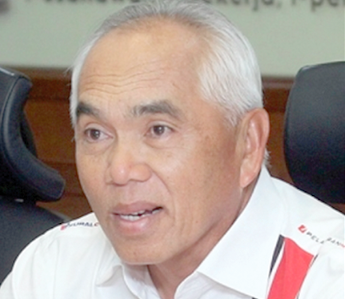 The State Education and Innovation Ministry is still in need of RM3 billion to restore dilapidated schools within Sabah, despite the allocated RM738 million in Budget 2020.

Its Minister Datuk Dr Yusof Yacob (pic) extended his gratitude to Finance Minister Lim Guan Eng for the allocation and is thankful there is a positive interest in investing in education.

However, he hopes that more funds can be allocated to solve the issue of dilapidated schools throughout the State.

“Sabah has 1,300 schools. 587 are dilapidated and of the number, 91 have been declared unsafe,” Yusof said in a statement.

This was echoed by his Assistant Jenifer Lasimbang who said “half of Sabah’s schools are dilapidated….we need RM3 billion to fix all the schools’.

“The more we wait, the more schools will be declared unsafe,” she said, after flagging off a Salt Trail Challenge organised by Mercy Malaysia Sabah Chapter, here, Saturday.

Jenifer also said the Ministry had yet to see a breakdown of the allocated RM738 million to restore dilapidated schools.

“So now we have to be proactive…when there is lacking for Sabah, it’s not what is given to the State Government that matters. What we really need to do, as Sabahans, is write to different ministries creatively to get the allocation from each ministry,” she stressed.

She said federal ministers are more sympathetic of the situation in Sabah.

“They understand more…not just the ministers, but the MPs also understand the situation in Sabah and they are willing to share their resources.

“I’m organising at a smaller scale, in my constituency, the women’s group, the youth group…and we need to group together and study where the allocations are and apply for it.

“Again with the “Kemakmuran Bersama” Vision 2030, that should be our entry point into getting more funds from the federal (government),” she said.