Sipitang Commercial Centre, a new commercial landmark in Sipitang, is expected to catalyse economic activities and strengthen the growing tourism market in and around the district when it is completed in 2022.

The commercial development is a continuation of SUDC’s development of Sipitang township which started in the 1990s through both socio-economic as well as commercial shophouse development.

With a total gross development value of RM30 million, Sipitang Commercial Centre consists of 26 shop lots. Each shop lot is specially designed for both functionality and aesthetics, as a result of its contemporary façade.

The ground-breaking ceremony of the project was officiated by Chief Minister Datuk Seri Panglima Shafie Apdal on August 29.

SUDC managing director Anthony Dumpangol said the Sipitang Commercial Centre would unlock the value of this strategic public land bank while helping to spur economic and social activities in and around this district.

“We believe that this development is timely as the government plans to further improve the port, jetty, bulk storage tank, housing, palm oil mill and refinery as well as green energy plant in Sipitang in tandem with the Sabah industrial plan.

“Furthermore, Sipitang is expected to benefit significantly from the Sabah Oil and Gas Terminal (SOGT) in Kimanis as well as the Sabah Oil and Gas Industrial Park (SOGIP), a world-class integrated industrial park designated for oil and gas-related and other heavy industries through industrial clustering,” Dumpangol added in a press conference here yesterday.

“Given the strategic location of the Sipitang Commercial Centre, coupled with the potential growth in population and investment into this area, we are confident that our offerings will be well received.”

Sipitang Commercial Centre is located along the Sipitang Sindumin road, formerly the site of government quarters which is now relocated to Kampung Merintaman. As part of its contribution to the district, SUDC and its JV partner will develop and bear the cost of building 12 units of terrace houses and two units of semi-detached houses in its entirety as part of the replacement for the government quarters.

The commercial centre is also close to the State Library, Sipitang Immigration Office, Medan Selera Sipitang and the Post Office. Sipitang Commercial Centre will be ideal for budding entrepreneurs and business owners who are looking to expand their business in this growing town as well as for those who are looking to invest for the future.

“Moving forward, SUDC will continue to explore joint venture initiatives with the private sector within the State, throughout Malaysia or even internationally. Our aim is to unlock the value of strategic state land bank cleverly and to sustainably spur economic growth and development for the people of Sabah,” Dumpangol concluded.

Meanwhile, Zenith Atrium Sdn Bhd director Peter Teo said the reason the commercial centre was built in Sipitang was to leverage on the opportunities brought about by SOGIP.

“We are complementing the development agenda of the State Government, he said, adding that Sipitang has huge business opportunities, particularly with Indonesia’s plan to move its capital to Kalimantan.

He said the challenges businesses in Sabah and Sarawak faced was the relatively small markets.

“Indonesia has the world’s third largest population, after China and India. With Indonesia moving its capital to Kalimantan, I believe North Borneo, including Sabah and Sarawak, would benefit greatly from the huge business potential when the road networks are established in the future,” Teo said.

Sipitang also houses various ethnic groups, including Kedayan, Lundayeh, Brunei Malay and Murut. It is also known as the gateway to the native settlement of Long Pasia, as well as a popular tourist destination in Sabah, which is the Karangas Park and scenic Maga Waterfall. In addition, the upcoming Pan Borneo Highway will further improve Sipitang’s connectivity, which will play a crucial role in reshaping the district’s economic landscape. 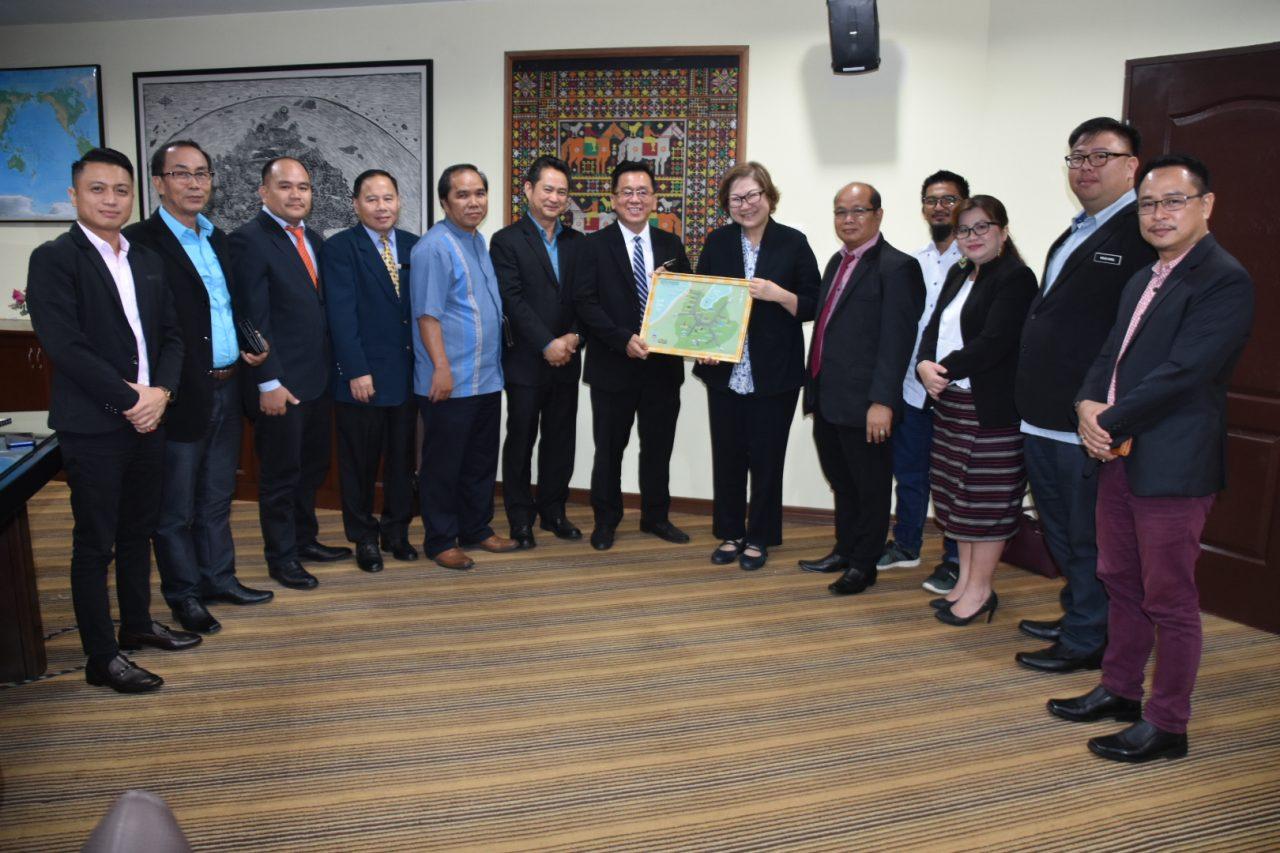