Malaysia desperately needs an integrated tourism plan rather than more taxes in its bid to promote tourism in the country, says Tan Sri Tony Fernandes. The AirAsia Group Bhd Group Chief Executive Officer said this in a series of tweets after bumping into former Tourism Minister Tan Sri Abdul Kadir Sheikh Fadzir on a flight from Johor. 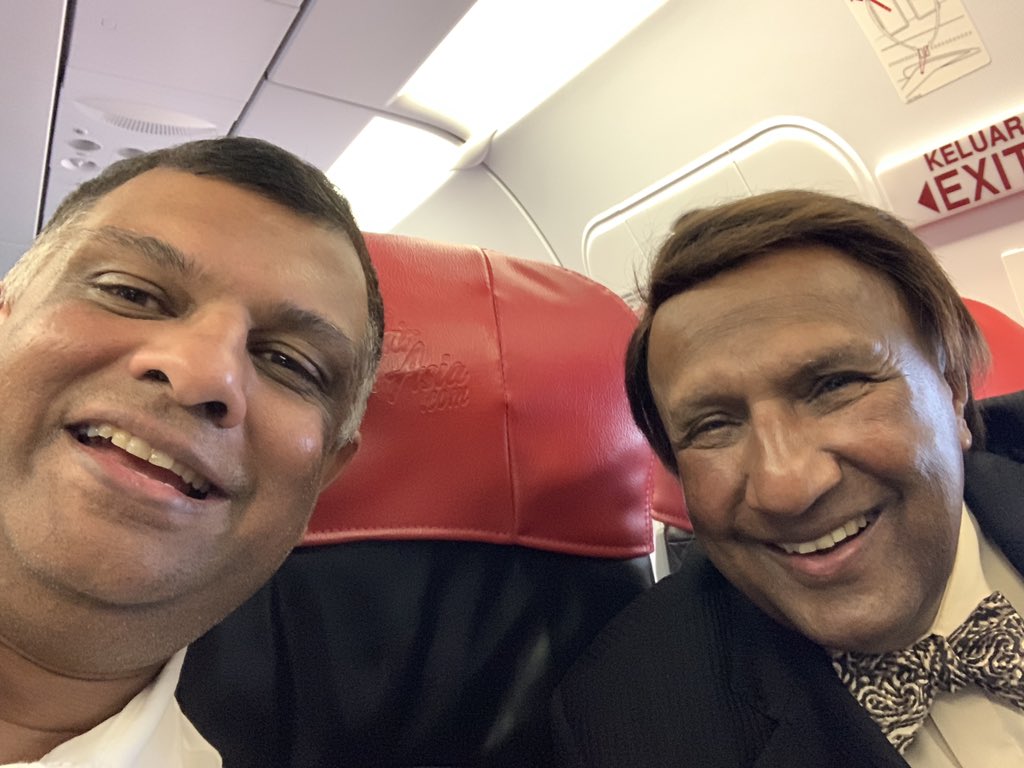 "No exit tax, lower or no visa fees... (and) an airport that understands low-cost airlines," he tweeted on Tuesday (July 16).

Describing the Malaysian tourism industry as "low hanging fruits" for jobs in the country, Fernandes said taxing would not help.

He said the hotel industry was struggling with their finances due to the taxes they face, on top of several other fees.

"Invest and grow and get more jobs and GDP," he said. 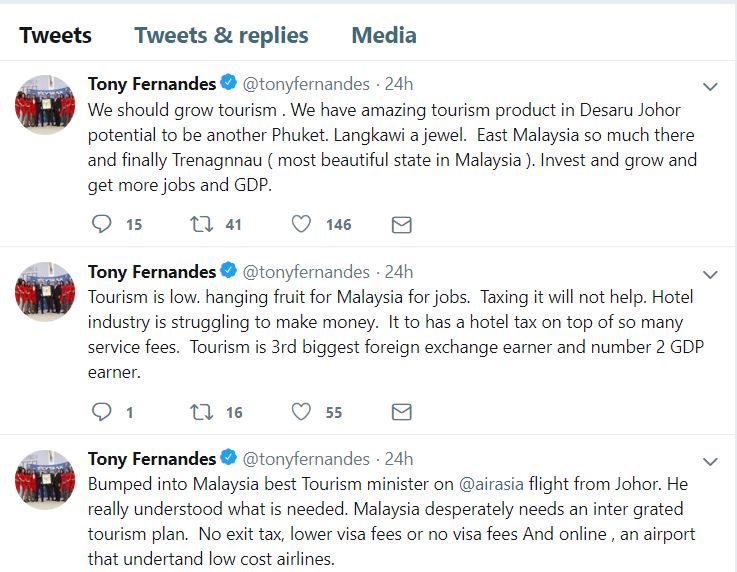