The Parti Warisan Sabah president acknowledged strong resistance to the projects but said he must consider the state’s need for reliable water supply in the case of the Papar dam.

“It is a question of need. I believe that not only for the Papar and Penampang district but (the) whole (0f) Kota Kinabalu need(s) water and electricity. So we have to seriously look for how it can benefit the state as a whole and not just a particular area. There is a strong demand for us to realise that particular project,” he said.

Shafie said that he has spoken to Moyog and Kepayan assemblymen Jenifer Lasimbang and Jannie Lasimbang, both of whom were involved in campaigning against a dam in Kaiduan, Ulu Papar, saying he told them the project was in the interest of the people.

“I did indicate to Jenifer and Jannie, of course they have their own opinion, I have to respect that, but also to ensure that the state needs that,” he said, in reference to the dam.

The Semporna MP likened the situation to him wanting a military base to be located in Semporna in the east coast instead of Lok Kawi, in the west coast but that it could not realised due to a wider interest to consider.

He also reiterated that the Bakun dam in Sarawak drew widespread objection before but Sarawak was now reaping the benefits of being able to produce power and supplying Sabah and neighbouring Brunei.

On the Tanjung Aru mega project, Shafie also said that the project would go on, but would be scaled-down and not touch one of the main stretches of beach.

“We are mindful of it, if there is a way for us to contain the livelihood of some people, we will look into it seriously,” he said when speaking to reporters after attending the State Law and Native Affairs ministry Hari Raya open house here.

When asked to comment on criticism that the Warisan government was going back on their word to scrap the project, Shafie said that he did not say he would stop the project, but that he would look into how it would benefit the people.

“That’s why we downsize it. Looking at some of the previous plans, we readjust it, we look into the location of the school, and some other areas also. The first beach is not touched. Some adjustment is done,” he said.

He said he knew that was strong unhappiness from several groups over the project, but that he was looking into the state’s interest as a whole.

The two high public interest projects had received wide spread objections during the BN administration and the then opposition members had campaigned against it. When the new Warisan-led government took over, it was believed that the projects would be scrapped.

However, two days ago, Sabah Infrastructure Development Minister Datuk Peter Anthony announced that the projects would go ahead.

The now renamed Papar dam, previously known as Kaiduan dam, will be relocated to the adjacent district but is within the same vicinity in Ulu Papar and along the same river, earning the same objections.

Meanwhile, environmentalists have been against the project, claiming it would take away one of the few open spaces left for the public.

The Tanjung Aru mega project was initially imagined as a multi-billion mega development that would reclaim the prime beach front land, and see a golf course, several high-end resorts and a park among other plans.

The beach, although scenic, is believed to be suffering from erosion, and sewage effluent from businesses nearby has rendered it unclean, although it is still a popular spot for tourists and family outings. 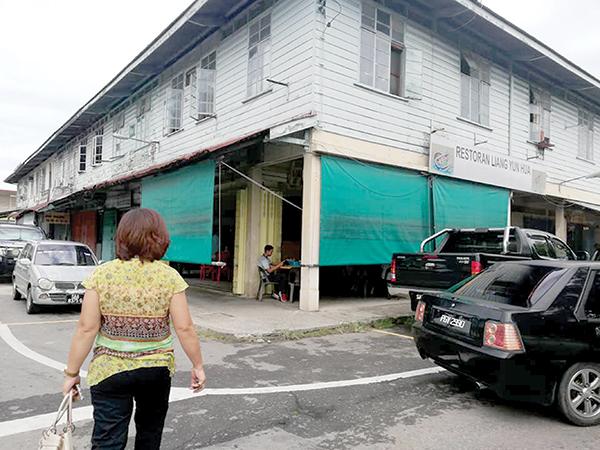