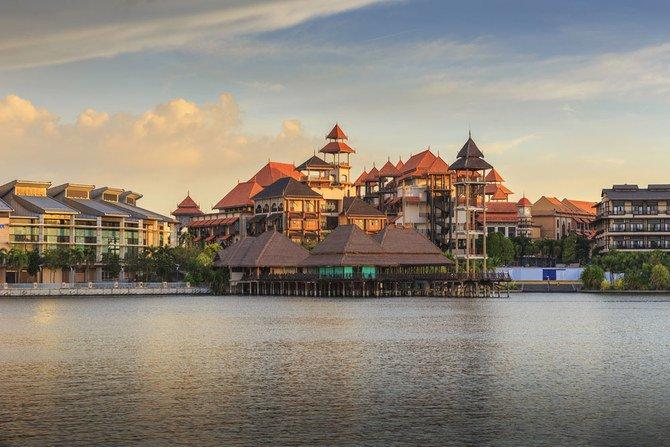 
Malaysia is on a mission to welcome more tourists from the Arab world, establishing itself as a cosmopolitan, halal paradise.

With pristine beaches and diverse cultures, the Southeast Asian country has become a magnet for Middle Eastern tourists.

"Malaysia has a multicultural society. There are a lot of ethnic groups that live happily and peacefully in this country."

Colonized by the British, migrants from China and India were brought to Malaysia as laborers. "The country is a mix of people … such as the Malays, Chinese and Indians," said Haji Ketapi.

"Malaysia has countless places to visit besides the capital Kuala Lumpur," he added, citing Penang, Melaka, the Langkawi islands and Sabah. In the Middle East, most of the visitors are from Saudi Arabia, Oman, Yemen, Jordan, the UAE and other GCC (Gulf Cooperation Council) countries," he said.

In 2018, nearly 33,000 Arab tourists visited Malaysia, up from 27,000 the previous year. "We want to have more Middle Eastern tourists," said Haji Ketapi, adding that the majority of Arab tourists are from Saudi Arabia.

The number of Arab tourists is expected to rise further as Malaysia continues to position itself as a Muslim-friendly, halal haven.

Saudi tourists spend the most when holidaying in Malaysia, at $257 per capita, more than visitors from the UK, the US and Australia, said Haji Ketapi. "Recently, we were in Dubai promoting Malaysia to attract more Arabs. They're considered high-end tourists," he added.

"When they come to Malaysia, they can spend up to six or seven nights, or even more. They stay longer in Malaysia than some other tourists."

Saudi tourists spent on average 10.1 nights holidaying in Malaysia. "They come to Malaysia for health treatments, shopping and holidaying," said Haji Ketapi. "Some of them even come here for business. They have restaurant businesses. That's why you can easily find Arabic restaurants."

This year, Malaysia was ranked by the Mastercard-Crescent Rating Global Muslim Travel Index as the top travel destination for Muslim travellers for the ninth year in a row.

"Halal food can be easily found in the country. The majority of the population are Muslims," said Haji Ketapi.

Muslim tourists "can go anywhere in the country without difficulty," he added. "Mosques are everywhere for them to perform prayers. During Ramadan, there are a lot of Middle Eastern tourists visiting Malaysia."

"Arabs can easily learn about Malaysia with just a click of a button," he said. "If I want to go to Dubai, I can just go on the internet and get information about Dubai. I can easily search for the name and cost of hotels and food."

Some 30 percent of the population in the Middle East are aged 15-29. As such, Malaysia's government hopes to attract younger tourists through its Visit Malaysia 2020 tourism campaign, which will include digital marketing, social media, influencers, hosted media and other online platforms.

"These people will cover Malaysia through social media and the internet, and bring the news to their country," said Haji Ketapi.

"We hope to do more such connectivity to get more … tourists from everywhere to visit Malaysia."