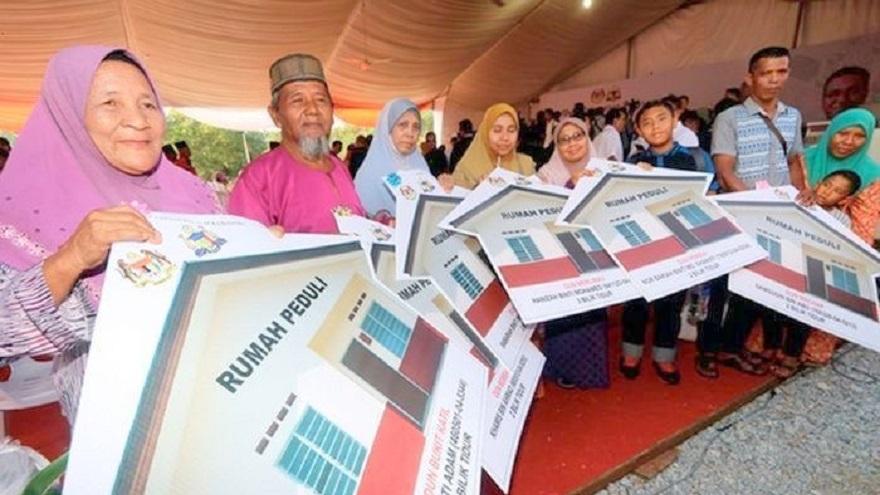 Dr Mahathir said he was impressed with the efforts made by the state government to help this group of people who own land by building affordable houses for them.

He said the system used for developing the affordable housing project was very good with an offer price of almost RM40,000 and that the houses built were also far cheaper than those in other projects.

"I hope this system will be adopted by other states, for with houses that are so cheap the very poor can have their own houses to live more comfortably."

"Congratulations to the Melaka government on your success in building the 'Rumah Peduli' at such a low cost that is affordable to the people," he said when launching Melaka's "Rumah Peduli" at Lipat Kajang.

On Feb 21 this year, Adly was reported to have said that the Melaka government was allocating RM3 million a year beginning this year to implement the Melaka "Rumah Peduli" programme to provide free houses to the hardcore poor in Melaka who own land but could not afford to build their own houses.

Dr Mahathir said the approach that is taken by the Pakatan Harapan (PH) government clearly showed that it was living up to its promise to provide one million houses in 10 years.

He said although the PH government was just one year old, it has achieved a lot and more than 60% of its pledges have been fulfilled by the Melaka government.

He, however, reminded the people not to be too dependent on government assistance but instead to strive to improve their economic well-being so that they could help contribute to the country's wealth.

"What we are doing today is the result of the people who work and give returns to the government through taxes to enable various facilities to be built and implemented."