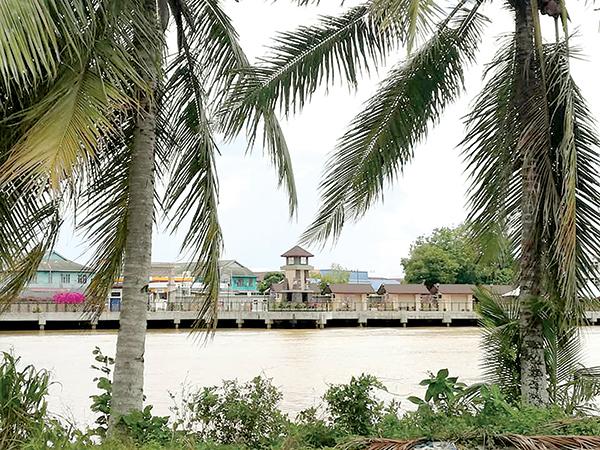 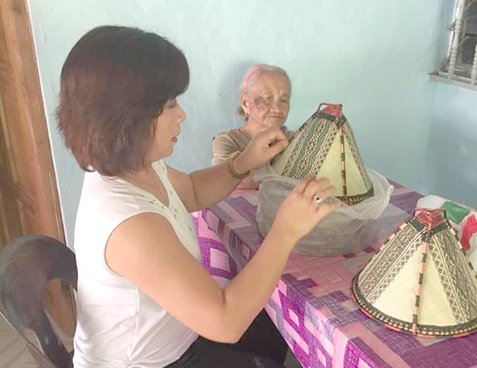 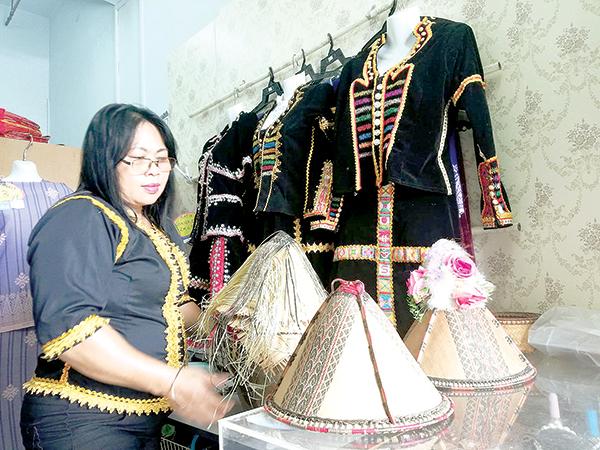 Margaret Kiat, 54, of Kg Sebandil said currently only she and an aunt have the know-how on "Siung".

Tinuim Sabiat, 87, Margaret's aunty is still making the hat to this day. While Margaret takes seven days to complete one, Tinuim may need two weeks to produce one Siung, due to her age.

Margaret explained that there are meaning to all the motifs used in the Siung.

"There are a few motifs that I can do - the Sinusahati, Ginoluda and Sinalapa. Each carries its own meaning.

"Sinusahati motif represents the social culture of Papar inhabitants where it portrays how their hardship made the people determined and persevere. They want to remember their difficult life before as an encouragement for them to move forward," said Margaret.

She added Sinalapa motif means a place that becomes their central in life. Sinalapa is actually a container to put all the condiments such as beetle nuts, beetle leave and tobacco. Women, who were mostly housewives then, would gather and the Sinalapa which became the central attraction during a get together. Margaret's mother, Sehalim Sabiat, who died in 2011 was a very creative person. When she was alive, she could practically do all kinds of motifs with beautiful arrangements for the Siungs, with different sizes and colours.

"I got my talents from my mother. It is a skill inherited from the earlier generation. Today, I am still producing Siungs, especially during the harvest festival," she said.

"In fact, I am still keeping my mum's first set of traditional Papar costumes. It is hard to get the design nowadays. I used to wear it on special occasions, but as I have grown bigger, the dress becomes smaller to me," she said, breaking into a liaghter.

On the price, she said it all depends on what type of motifs and sizes the customers want. She roughly estimates that with a pair of traditional dress and a Siung may cost around RM1,500 for the complete set.

She said the Siung is made of bamboo thin skin and it is difficult to process.

The first hurdle is getting the right bamboo plants and not just any bamboo that grows anywhere.

"I cannot ask anyone to help me to get. I need the right one, not too old and not too young. I can see it with my eye which bamboo is good to make the Siung.

"I have started to train my son, Shane, to follow me to the jungle to identify the correct bamboo. He is doing pretty well with the identification work," she said.

Shane, 22, had been following his mother to do the tedious job of getting the raw material to prepare it into thin sheet of material and so on.

"This is an inheritance from my family, I cannot just simply impart my knowledge to anyone. It has to be someone who has the passion and love for our culture to do this. Otherwise, if it becomes commercialised, I am afraid the cultural side of it would diminish without us realising it.

"Therefore, I am now starting to train my children to slowly take over from me, and hopefully they will continue the legacy," she said.

At another shop, the owner made an effort to collect photos of the early days of Papar and by hanging the photos on the wall of the shop.

The coffee shop also collects antiques such as manual typewriters and old bicycle, which instantly became an attraction for the shop.

On the other side of Papar town, they designed a platform for river cruising, the writer was told. However, the project has not taken off yet.

The railway train, another attraction, is used as one of the modes of transportation.

Perhaps Papar would soon be known internationally, hence, enticing more visitors to come as compared to other districts in Sabah due to its heritage and uniqueness.