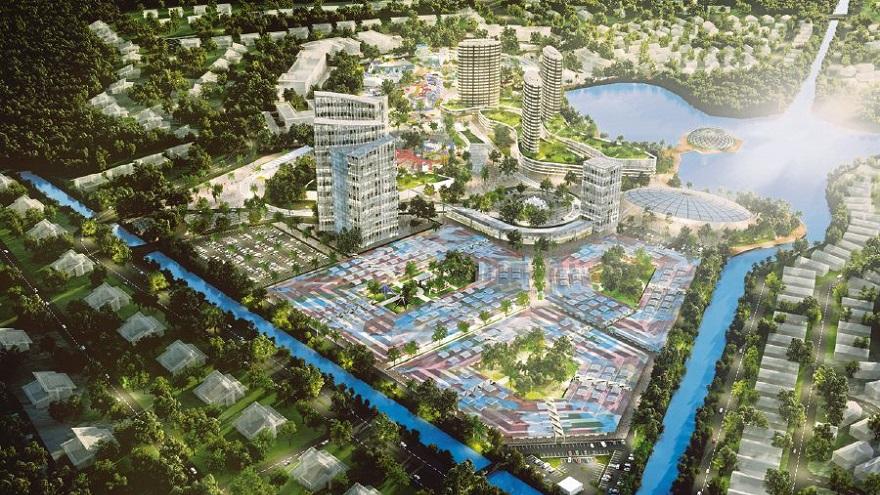 Melaka Tourism City to Have Bungalow Lots by Meridian Bhd

"In the future, we may have branded residences but the focus for MTC is to build tourism-related products," he said after the official launch of the project in Kuala Lumpur recently.

Yap said the MTC project is estimated to complete in five years, adding that the project started early this year and submissions are ongoing.

"We are now raising funds by selling certain assets in Meridian and through other means. MTC is not a development per se. It is a tourism city and that is why we can finish it in five years. MTC is different from other projects where they put one catalyst and sell 10,000 residential and commercial units. I don't believe that it works as it takes a long time."

Yap said the plan is for MTC to have a water theme park, a weekend market similar to Chatuchak in Thailand, a track and mall spread over 40.47ha.

The theme park is the second partnership between Yap and Hasbro as M101 will also open the world's first Monopoly-themed hotel, dubbed Monopoly Mansion by Sirocco, at M101 Bukit Bintang by the end of this year.

Yap said the theme park would feature licensed intellectual properties, such as My Little Pony, Nerf and GI Joe, and is due to open in 2022.

Other popular games linked to Hasbro to be featured in the theme park include Battleship, Play-Doh and Mr Potato Head.

"I invested as a major shareholder of Meridian to develop the MTC. I'm using my tourism knowledge to revive this loss-making counter. My forte is also more towards a brand. For example, we are not building just a theme park, we are bringing in Hasbro.

"My private company, M101, has partnered with Studio F. A. Porsche to deliver exclusive suites in M101 Skywheel in Kuala Lumpur and we are bringing in Monopoly mansion."

"M101 Skywheel will also have Asia's first Planet Hollywood Hotel, with 207 rooms. These are world-class brands. I'm coming in to develop this land in Melaka and will see to it that it will be an internationally-acclaimed tourism city," he said.

Yap said other components in the MTC development are a medical tourism hub (8.1ha), a thematic adventure park (20.2ha) and eco-tourism park (40.47ha).

He said 80.9ha would be reserved for future development.

"By the end of next year, we will launch the weekend market and the adventure park. Our ultimate goal is to increase tourist arrivals and prolong their overnight stay, which at the moment, is only one or two days."

Last year, the average tourist arrivals in Malaysia was 28 million, 15 million of which was for Melaka. An average of 1.5 million tourists stayed overnight in the state.

Meridian is targeting to increase tourist arrivals by two million and an additional 1.5 million overnight stays in Melaka, thereby creating a multiplier effect on tourist receipt of up to an additional RM5 billion per year, he said.