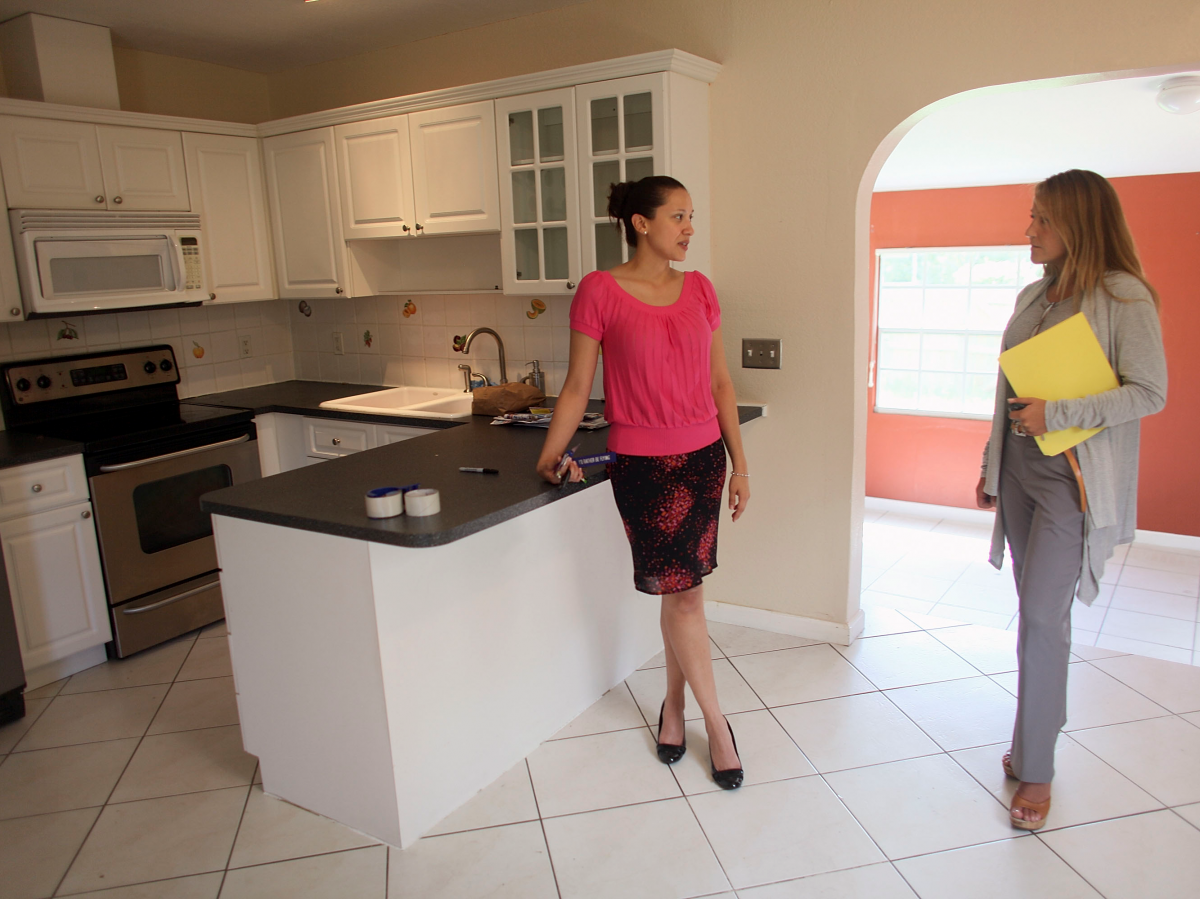 11 Things That Make a Home Unsellable, According to Real-Estate Agents


Business Insider asked real-estate agents in the USA about what it's really like working in the industry, what they wish they could tell their clients, and if there are any factors that can make a home "unsellable."

Some said anything could sell at the right price. But several said that an undesirable location, a death on the property, and bad odors - particularly from cats - were some of the things that could make a home virtually impossible to sell.

Here are 11 factors that can make a home unsellable, according to real-estate agents.

1. An undesirable location — like being next door to an airport or a frat house — can pose a problem.

"Location is a huge factor," Butch Haze, who sells homes between $3 million and $10 million in the San Francisco area, told Business Insider. "In San Francisco, I also keep an eye out for big power lines obstructing the window views. Space is tight in the Bay Area, but backyards still make a difference."

Homes that are next to places like a fraternity house or an airport could be particularly tricky to sell or rent, added Elana Delafraz of REAL New York, who rents homes in the city for $3,200 to $5,000 a month.

"The biggest obstacle is location," Gerard Marino, who does sales in the $300,000 to $500,000 range in southwest Florida, told Business Insider. "A bad location can only be corrected with a low price."

2. An unrealistic price tag is a common issue.

Several agents said that when a home isn't selling, it's probably because the price is too high.

"An unsellable home is one that is not priced right," said Noemi Bitterman of Warburg Realty, who handles sales in New York City for homes between $500,000 and $1.75 million.

3. Bad odors can keep a house from selling.

Residual scents from smoking can also pose a problem, said Jose Laya, who sells homes in Miami for between $800,000 and $2 million.

4. A lack of natural light can turn buyers off.

Not having natural light can make an apartment much less desirable, said Michael Bello of REAL New York, who handles $5,000-a-month rentals in New York City.

Lisa Camillieri of Warburg, who sells homes in Manhattan and Brooklyn in the $400,000 to $1.2 million range, said that while any property is sellable at the right price, "a lack of light" is one factor that can "really turn buyers off."

"Nobody wants to live in a cave, so keep this in mind as you reno!" said Colin Turek of Compass in New York City, who sells in the $800,000 to $2 million range.

5. A death in the home can make the house hard to sell.

Delafraz of REAL New York said that a death in a home can make it particularly difficult to sell.

6. Poor architecture that can't be changed can render a home unsellable.

Factors that make a home unsellable "are the ones that cannot be changed: location, low ceilings, difficult floor plan that cannot be easily modified, poor architecture," Robin Kencel of The Robin Kencel Group at Compass in Connecticut, who sells homes between $500,000 and $28 million, told Business Insider.

7. Mold or other environmental problems can be a serious problem.

Other problems that can make a home unsellable include "significant environmental issues such as mold throughout the walls," Kencel said.

Some serious issues may not even be visible.

"What's under the hood? The foundation is cracked?" said Gill Chowdhury of Warburg Realty, who sells homes for an average of $2 million in Manhattan.

8. Maintenance or structural issues can leave a house sitting on the market.

Neglecting major repairs and putting off necessary renovations can make a home unsellable, according to several real-estate agents, including Rob McCann, an agent in Pennsylvania who sells homes for an average of $210,000, and Jason Tsalkas of Compass, who sells in the $650,000 to $2 million price range, primarily in Brooklyn.

9. Outdated decor can be a deal-breaker.

A home that's particularly "dated" can be unsellable, said Eric Mendelsohn, who sells homes for an average of $1 million in New York City.

Eric Goldie of Compass, who handles sales in New York City for $1 million to $5 million on average, cited "terrible decor and old kitchen and bathrooms" as potential deal-breakers.

Scot Dalbery from REAL New York, who deals with rental properties in New York City that are $4,000 a month on average, said that although any home can sell for the right price, details like unattractive kitchen countertops can cause it to sell for much less than its market average.

"Fine-tuning the small details in a home, even if having to invest in some updates, can really make a home's value increase," he said.

10. A home that's cluttered and not staged is going to be far more difficult to sell.

Sellers need to make sure their home is as attractive as possible to sell it, according to the agents surveyed.

"It's important to do the necessary work to list the home, such as any cosmetic work needed, decluttering, and staging," Jared Barnett of Compass, who sells homes from $2 million to $5 million in New York City, told Business Insider.

11. Uncooperative sellers can be a deal-breaker too.

Maggie Ross of Compass, who sells homes in the $2 million range in Brooklyn, said that sometimes it's the seller of the home that can keep it from selling.

"Unruly pets or an unwillingness to do the work to show the property - purging belongings, vacating the property for showings, removing pets from the home (especially loud or odorous pets), and a general attitude of not wanting to put your best foot forward," she said. "Those issues can prevent a sale."