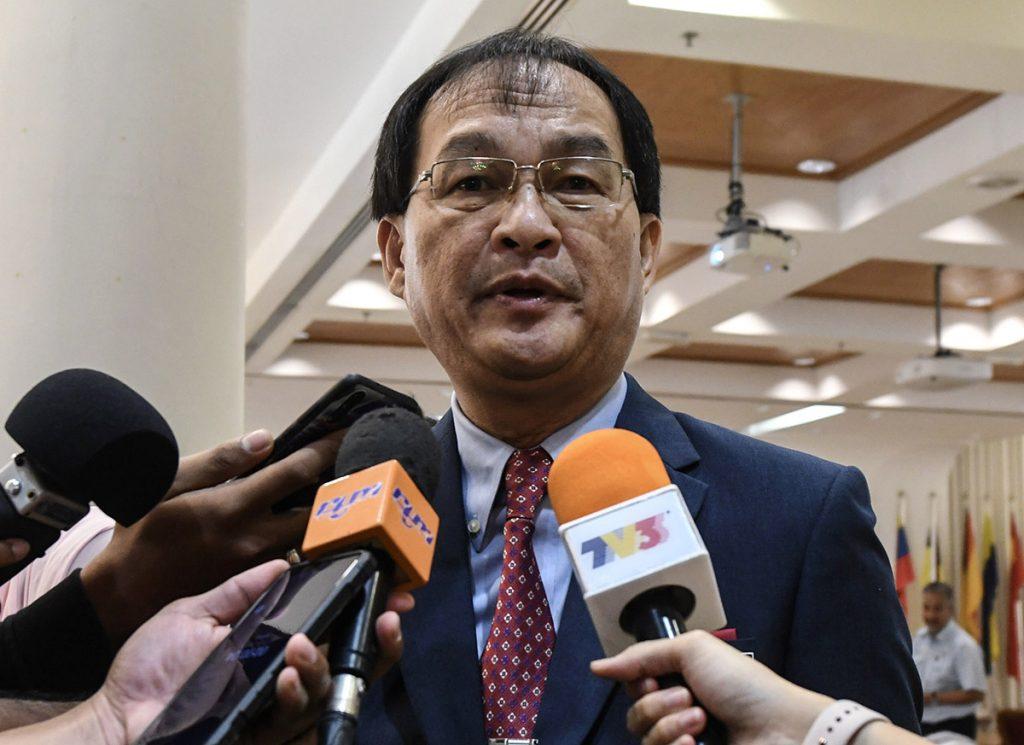 
The Sarawak portion of the Pan Borneo Highway will now bypass Brunei via a new route and is estimated to cost RM5.5 billion.

The 415km highway from Long Lama to Lawas, Sarawak, is projected to benefit up to one million users as the project is aimed at increasing connectivity in the East Malaysian interior.

Works Minister Baru Bian (picture) said the Sarawak-Sabah link road will be a catalyst to generate income for local industries and economies.

"This link will go through the interior to enable these areas to have connectivity, while generating the economies of those areas," he told reporters in Kuala Lumpur recently.

"Nearly one million users will receive benefits from this project and it will also help the development of the local industry and economy."

He added that the new route will provide Sarawak and Sabah with quality, convenient and safe infrastructure, as well as public roads that meet Malaysia's Public Works Department's R3 standards.

At an estimated RM1.18 billion cost, the first package of the Sarawak-Sabah link road will stretch 80km from Lawas to Long Sukang to Long Lopeng up to Kg Pa' Berunut.

The Pan Borneo Highway was initially intended to stretch 2,324km from Telok Melano, Sarawak, to Tawau, Sabah, while passing Brunei en route when it was first mooted by former Prime Minister (PM) Datuk Seri Mohd Najib Razak back in March 2015.

It was then announced by current PM Tun Dr Mahathir Mohamad in September last year that an agreement in principle was reached with the Brunei government to bypass the country.

While existing work package contractors will be retained, there remain 25 contracts which will be handed to the Sabah state government for its portion of the extensive highway, Lim was reported as saying.

Bian said the decision to terminate the PDP for the project is due to the need to cooperate with the state government on land acquisitions and the removal of utilities — two of the biggest challenges in constructing public roads.

"We all know that land is under the purview of the state. If you don't get cooperation from the state, you're dead," he said. "And I think that is the principle behind all this. If you want to be efficient and to implement correctly and smoothly, I think (this cooperation) is very important."

Under the new arrangement, Bian said the federal government retains ownership of the highway, but that the Sabah state government will be in charge of the project's implementation. This same arrangement has not been reached with Sarawak, he added.

The Pan Borneo Highway was initially expected to cost RM29 billion to build, but the federal government has been looking for ways to bring down the price tag in view of its immediate fiscal concerns.

Terminating the PDP model is among the initiatives perceived as helping to bring down the cost of the highway.

Lebuhraya Borneo Utara Sdn Bhd was appointed the PDP for the Sarawak portion of works, while Borneo Highway PDP Sdn Bhd was initially brought on for the Sabah stretch.

Other than the obvious cost benefit, Bian said the appointment of the Sabah state government as the standing officer for the project is in itself beneficial.

"For me, I think this would be very crucial because these projects are in the state itself, so you need the co-operation of the state," he said. "The responsibilities are now upon them. We can administer and monitor and supervise from Kuala Lumpur, but the implementation on the ground is very important."

He said cooperation from the state government is thus vital in ensuring the highway is implemented efficiently.

Bian, who is also Selangau MP and Sarawak PKR chair, was speaking at a special conference organised ahead of Pakatan Harapan's one-year anniversary since securing a simple majority in the May elections last year.

While making significant progress in the implementation of infrastructure nationwide, Bian and his Ministry are hoping to secure more financing for the maintenance of public roads and infrastructure in Malaysia.

He said RM2 billion is needed annually for maintenance works, but the Ministry is not even securing half of that figure today.

"I would love to have sufficient budget for that and be able to upgrade all the federal roads in Malaysia. That will probably be my greatest desire as works minister."