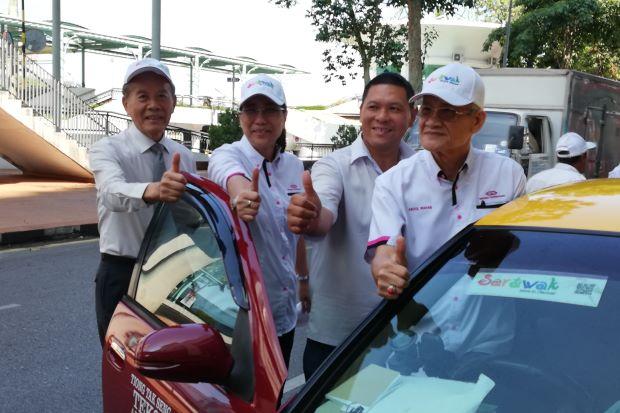 Sarawak on Track to Hitting Target of 5mil Tourists This Year


The Visit Sarawak Campaign (VSC) is expected to hits its target of five millions tourist arrivals by the end of the year.

"A total of 145,447 tourist arrivals were from Peninsular Malaysia, a 68.7% jump compared with the same period last year," she said.

Hitting the five-million target would not only benefit the state but also yield higher incomes for tourism players, she said at the launch of VSC car stickers for taxis initiative on Wednesday (March 27).

The taxi sticker campaign is just one of the many steps STB has taken in pushing the "Sarawak Brand" to the world, said Sharzede.

Last month at the International Tourismus Börse (ITB) in Berlin - touted as the world's largest gathering of travel and hospitality industry professionals - STB launched an integrated marketing campaign to introduce Sibu and Central Sarawak to the world through a two-minute promotional video.

"We positioned Sibu and Central Sarawak as new, unexplored and must-visit destinations, with our campaign tagline 'More to Discover'," said Sharzede, adding that promotions were also done in Helsinki and Amsterdam in January.

Sarawak Records 10% Increase in Visitors in First Quarter of 2019

All Eyes on Malaysia's 2019 Budget