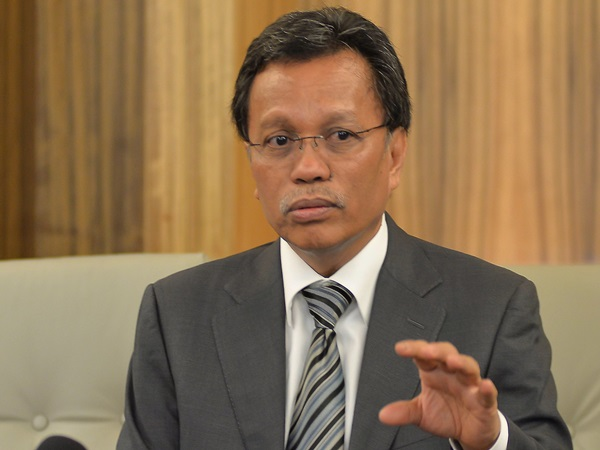 RM20b Investments on the Cards

Shafie said he had witnessed the signing of 12 Memorandums of Understanding (MoUs) during the three-day visit to Jiangxi and Shenzhen, which are located in the southeastern part of the republic.

"However, based on our experience, not all the MoUs will translate into agreements," he told a press conference upon his return from the working visit, here, Wednesday.

"Nevertheless, I have asked the State Trade and Industry Ministry to facilitate and ensure all the MoUs will be turned into reality."

"We will follow up on the 12 MoUs signed on industries and education, and hopefully have them turned into agreements," he said. Shafie said there was much to be learnt from the visit.

"We can see rapid development in the places we visited, thanks to industrial activities and matured infrastructure.

"We can learn many things, apart from observing the level of progress in the places and ensuring closer ties and investment flow from China to Sabah.This will not only enhance investment in the State but also increase employment opportunities."

He added that many industry players in China had expressed keen interest to invest in Sabah.

"They have identified Sabah as a strategic location with abundant resources that could be tapped and used for development. Among possible ventures discussed is in the glass industry. We are now at the final stage of signing an agreement worth US$1 billion for a project in the Kota Kinabalu Industrial Park (KKIP)."

"Industry players in China have also shown interest on the local property sector where so far, three projects have been identified," he said.

On the furniture industry, Shafie said, he was impressed with the accomplishment of a furniture company that they visited.

"This company managed to get an annual domestic turnover of RM1.3 billion. If the local industry players can collaborate with their counterparts in China, it could help them a lot."

Shafie also said he signed a Letter of Intent to establish a Sister Province relationship with Jiangxi Governor Yi Lianhong during the visit. Meanwhile, Shafie said Sabah is committed to enhancing its ties with neighbouring Sarawak. He said the relationship between both states has been good ever since the formation of the Federation of Malaysia.

"When I was installed as the Chief Minister, the first visit I made was to Sarawak Chief Minister Datuk Patinggi Abang Johari Tun Openg," he said. "And I have stressed on the importance of a good relationship between both states not only in politics but also on how we can benefit each other."

Shafie said there are many areas that could be focused on for further cooperation between Sabah and Sarawak.

"For example, there are many tourists coming into Sabah and we are doing far better than Sarawak (in tourism)...surely we can come up with an arrangement where these tourists can spend time in both sides."

We have also talked about power generation and supply where it is better and cheaper in Sarawak. There is abundant power supply in Sarawak which it can even supply electricity to other places like Brunei Darussalam. We can consider all options so that the cooperation between both states could be heightened," he said.

On developing border districts, Shafie assured that the State Government would emphasise on bringing balanced progress to the people.

"We are aware that some parts of the border areas (between Sabah and Sarawak) are less developed. That is why when we took over the State Government, we have set our aim that the way forward is balanced development.

"We do not want to see only Kota Kinabalu has big and tall buildings, we also want places like Long Pasia to have good schools."