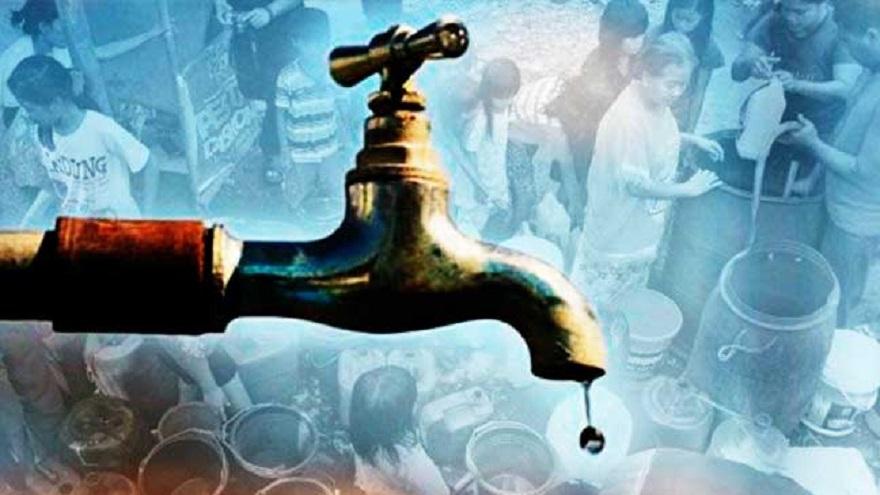 
In less than 24 hours, 577 areas in the Klang Valley will be experiencing temporary water supply disruption from April 24 to 27 due to improvement works on water supply system at Sungai Selangor Phase 2 Water Treatment Plant (LRA SSP2).

Even though water disruption is not something new, it is still a major worry among consumers in the affected areas and many have made early preparations such as buying plastic drums to store water and bottled drinking water since Sunday.

A media practitioner, Zubaidah Mat Isa, 34, said she had purchased a large drum and two big plastic pails to store water during the affected period from Wednesday.

"Since Saturday, I have started storing water and had bought large bottles of drinking water to be sent to my nanny's house as she will also be affected," she told Bernama.

The mother of two who lives in Setia Alam added that she had to take other measures if the stored water was insufficient and lorry tanker did not arrive as scheduled.

"We are worried if the stored water will not last 14 hours as we have small children. In the worst case scenario I will return to my village in Subang," she said.

Nafisah Ahmad, 59, who is a house renovation contractor said she had started storing water to ensure works continue to be carried out in a unit at the Government Quarters in Jalan Duta.

"I have brought three large drums to store water so that works could proceed smoothly," she said.

Ilias who is working at a sundry shop said water supply cut is not new but he was apprehensive when it was announced by Syabas well ahead.

"All of us in Chow Kit is prepared. Suddenly bottled mineral water are literary flying off the shelves last weekend as consumers came prepared for the worst," said the man from Ampang, Selangor.

Food stall operator Sann Mazna Abdullah, 64, would be closing the stall during the period.

"We need lots of water to wash and cook and water disruption is a big problem to us so we decide not to open for business for a few days.

"We would be suffering losses running into four figures for stopping operation but then again we really want to ensure cleanliness, in this case, we rather close the stall during the water disruption period," she said.

"Apart from lorry tankers, 106 static tanks would be placed at strategic locations and at critical premises such as hospitals, clinics, dialysis centres and so on. We will also activate 10 Local Service Centres (PKS) to assist in providing water supply.

"PKS will be activated from 8 am on April 26 and will remain in operation for 24 hours until the water supply is fully restored. So far, we have not asked any outside parties for assistance as all Syabas assets would be deployed to help consumers," he said.

Water Treatment Plants All Back to Normal, Supply Fully Restored