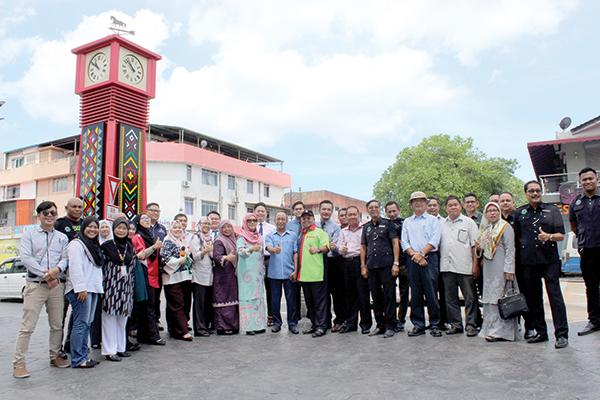 
The State Government has spent RM1.19 million on the construction of new public amenities in Tuaran town, through the Tuaran Town Landscape Project Phase 2.

Local Government and Housing Ministry's Permanent Secretary, Hajah Masnah Matsalleh, said it is part of the effort to make rural areas more cheerful, in line with the Government's aspiration.

"Although a rural area, we do not want Tuaran to lag behind in the modernisation process. An area that attracts many visitors should look beautiful and cheerful in the eyes of outsiders and local residents."

"The most important is we have upgraded the town's landmark, the 52-year-old clock tower, which is the symbol of pride for the people of Tuaran," she said when launching the project at the District Council building here.

Masnah, when met after she visited the clock tower concerned, said the project was done in stages at each district.

"We understand that this project involves a huge cost, so it is being done in stages from district to district," she said. District Officer, Mohd Sofian Alfian Nair, was also present.