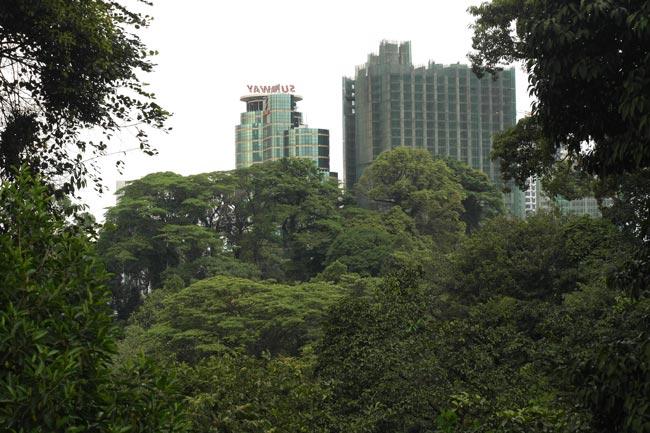 The planned integrated development on a three-hectare plot of land near Bukit Nanas by Vanke Holdings (Malaysia) Sdn Bhd is still in the planning phase.

"We want to co-exist and protect the reserve as it is a treasure. Plus, it will be a good selling point for us," he told reporters after launching Vanke's experiential hall today.

It was reported last year that Vanke's development would be situated close to the Bukit Nanas heritage zone and forest reserve which sparked concerns from the National Heritage Department.

Shenzhen-based China Vanke Co Ltd, one of the biggest residential real estate developers in China, had purchased the land from Malola Garden City for RM500 million or RM1,600 per square foot.

Lang also said nothing was concrete on the development as the company has yet to obtain any approval from the relevant authorities.

"The 80-storey serviced apartment tower was the old plan. We need to follow the policy that has been set (by the authorities). However, we target to launch a residential development first before building any other development, which will be set according to market demand," he said.

This planned residential project will be Vanke's first in Malaysia and the fifth country the developer is venturing into outside of China.

"So far, this is our only project, and we have quite a huge piece of land in the golden triangle of Kuala Lumpur. Our focus is on this for now," he said.

Meanwhile, Lang said that he was positive on Malaysia's property market as the country has a stable environment despite the ongoing scrutiny by the government on Chinese-backed projects.

"We are optimistic on the Malaysia-China relationship. This is a very comfortable country for people to live in. Additionally, investments are good for local society.

"We invest here and we want to make good products to serve the people's demand," he added.