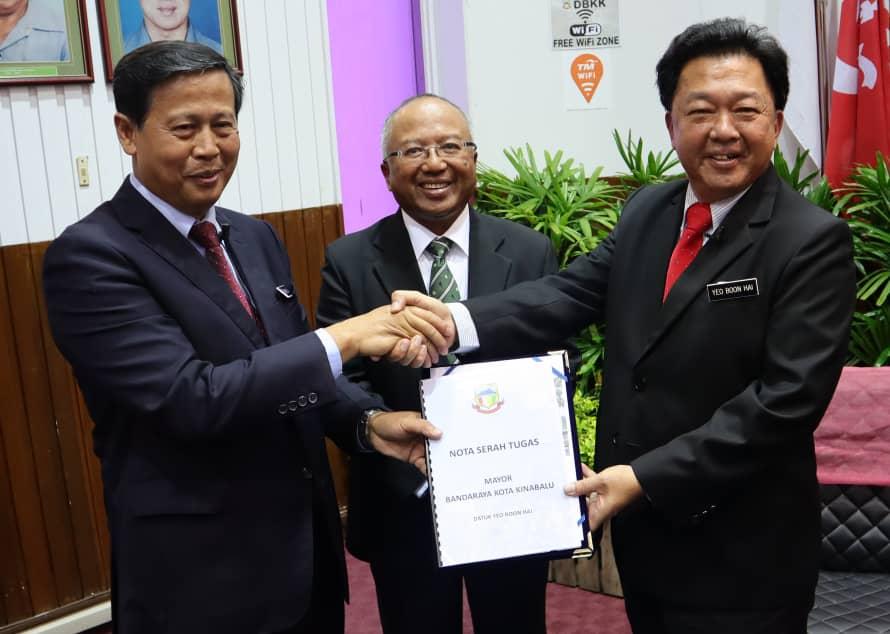 He is taking over the job from Datuk Yeo Boon Hai, who served as Kota Kinabalu mayor from 2016 till today.

Nordin, who is also the City Hall's Board of Advisors member, will begin his role as mayor on Jan 1, 2019.

Nordin said that the responsibility of a mayor is heavy and is fraught with challenges in various aspects.

Nevertheless, the improvement of the City Hall's delivery system is the first issue he wishes to address as mayor, he said.

This include providing speedy services to the people, he said.

"I want the system to be fast and effective in our quest to provide the best services to city folks," he said after the handing over of tasks yesterday.

He also said that all other initiatives which are ongoing such as the cleanliness campaign would be continued.

He also assures that he will carry out his role effectively during his tenure as mayor of Kota Kinabalu, which is a two year appointment.

His approach is to move forward, effective administration and raise the City Hall's income.

"We will also look at new opportunities and provide assurance that all the issues facing the people would be addressed as well as possible," he said.

Yeo, in his farewell speech urged all members to cooperate fully with Nordin as the new mayor.

Meanwhile, Hashim said that Datuk Rosmadi Sulai who is Tourism, Culture and Environment ministry's permanent secretary will be taking over Nordin's post as the director of the Public Services Department.