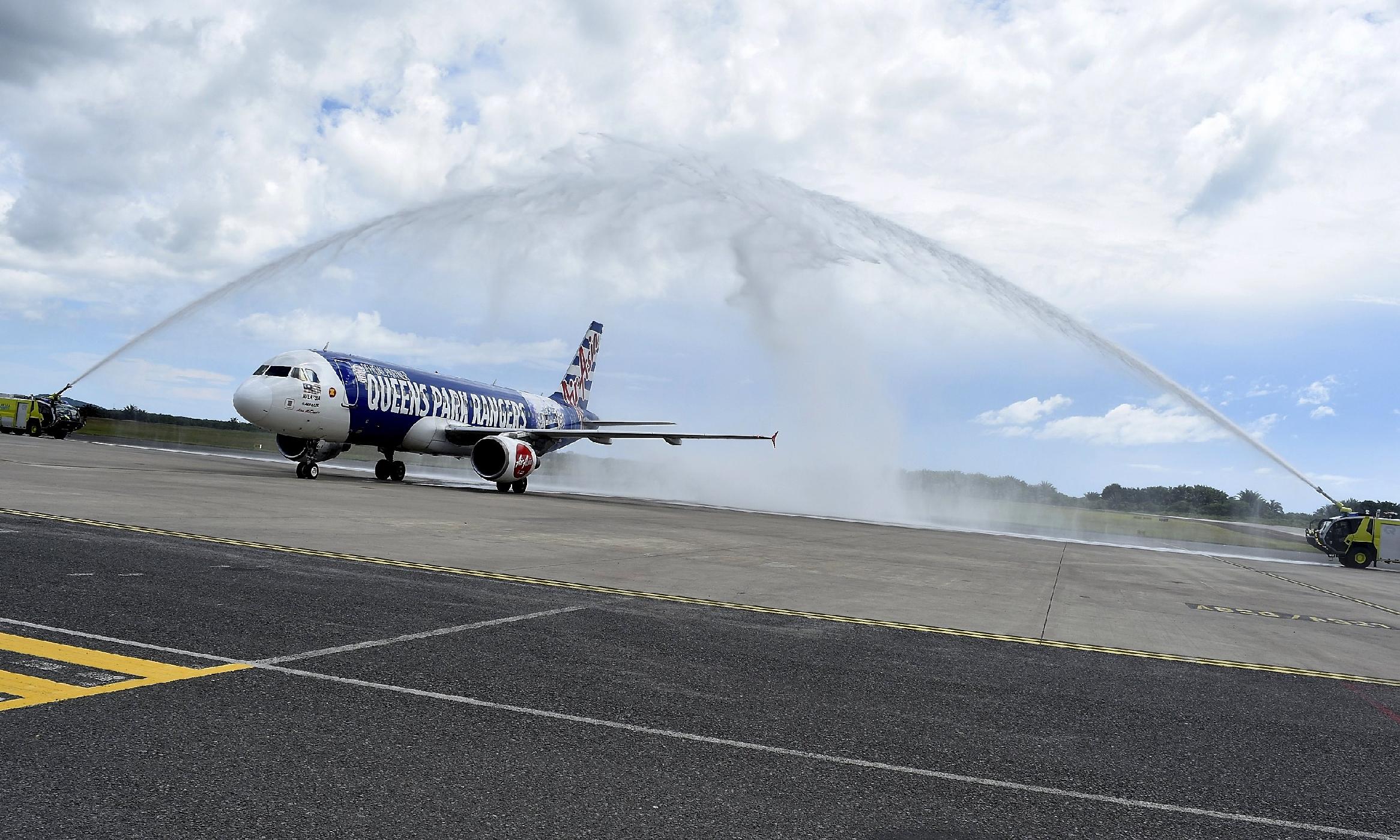 Sabah is expected to receive more tourists following the launch of the Kuching-Tawau direct flights by Airasia starting 5 December 2018.

"The flights will help boost the number of tourist arrivals further," she said.

Besides, this new route launch came at the right time in line with the state government's aspiration to promote East Coast Tourism with special emphasis on Tawau and the neighbouring districts (Semporna, Kunak Lahad Datu and Sandakan) as new tourism hubs," she said in her officiating ceremony speech here.

Airasia yesterday celebrated its maiden flight from Kuching to Tawau and becoming the only airline to connect the capital of Sarawak to the third largest city in Sabah.

The aircraft departed with Sarawak Tourism, Arts, Culture, Youth and Sports Minister Datuk Abdul Karim Rahman Hamzah and Airasia Director of Government Relations Zamani Rafique, and was greeted with a water cannon salute upon landing in Tawau Airport at 12.30 pm and received by Christina.

Airasia is offering celebratory fares from as low RM49 until 15 Disember 2018 for either way from Kuching or Tawau.

Meanwhile, Abdul Karim in his speech said that the new route would also benefit both destinations Tawau-Kuching under the Borneo Brand and further enhance the relationship between the two Malaysian states on Borneo Island.

He said the opening of the new route was in line with the promotion for the Visit Sarawak Year 2019.

At the same time, he said he would make thorough plans concerning the cooperation between his ministry and the Tourism Ministry in Sabah to promote the Borneo Brand tourism sector.

Zamani also announced that Airasia was offering FREE SEATS for flight from Kota Kinabalu-Sibu and Kota Kinabalu-Bintulu where the promotion starts from now until Dec 16, 2018 for travel period between Jan 1, 2019 and Feb 4, 2020.