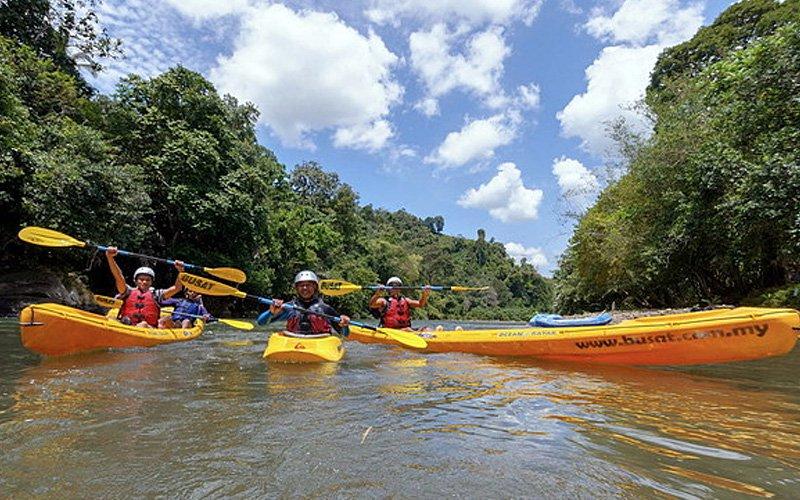 
A transport association has voiced hope that Sabah's public transport network will be brought in line with its tourism industry, underscoring the need for a proper and reliable system in the state ahead of Budget 2019 which will be tabled on Friday.

The Sabah Public Transport Association said it had high hopes that the state, which had so far been ignored, would finally get what it deserves.

Its chairman Donald Hanafi acknowledged Putrajaya's warning not to expect goodies this time around but nonetheless called on the government to grant the funds to uplift Sabah's transportation system.

He said the dire situation of Sabah's public transport system had been well documented over the years but with no clear solution in sight.

"Sabah is a tourist magnet but what are we to be proud of in terms of public transport? We have, for instance, Semporna which is home to famous diving sites like Sipadan Island. It's not only popular for Malaysians but also for people around the world but we don't even have a proper drop-off point for passengers… it's embarrassing," he told FMT.

"I know Finance Minister Lim Guan Eng has said our financial situation is not that good, but Sabah should be prioritised in this matter."

He suggested that the government consider providing free bus rides from the state capital to areas near the city through a bus rapid transit (BRT) line, which was previously included in a master plan to improve Kota Kinabalu's public transport network.

"Sabah is lagging far behind Kuala Lumpur, Penang, Melaka and Selangor, among others. We can't expect to have mass or light rapid transit systems for now, but our best bet is the BRT. This would greatly help with the situation now where bus timings are haywire. Plus, the buses will be comfortable as they will be equipped with air-conditioning," he said.

He also spoke on the need for an integrated bus terminal as all such terminals in Sabah left much to be desired.

He gave the example of the terminal at the Bandar Tasik Selatan station in Kuala Lumpur, saying it had more than adequate facilities not only for travel connections but also to meet the everyday needs of the people with amenities such as shopping outlets, ATMs and even a mosque.

"In Inanam (Kota Kinabalu's northern bus terminal) now, we don't have such facilities… not even decent toilets or enough seats for passengers… they have to stand to wait for their buses.

"We should have at least a terminal with computerised ticketing counters," he said, adding that the terminal was also used by foreigners as it connected passengers to most parts of Sabah, including the interior and east coast areas.

Donald also voiced regret that the Kota Kinabalu Sentral bus terminal, which was supposed to be the city's transportation hub, was still not operational despite being completed some time ago.

The government's initial plan was to have four integrated terminals: KK Sentral, Inanam terminal, Wawasan station, which is just a stone's throw from KK Sentral, and one in Kepayan.

However, only the Wawasan and Inanam terminals are fully operational.

Donald, who is also Sabah Express Bus Operators Council president, said other main districts in the east coast such as Lahad Datu, Sandakan and Tawau also lacked proper terminals. He also urged the government to consider building rest and service areas (RSAs) along the roads from the state capital to the east coast.

"From our calculations, at least 30 RSAs should be built for the convenience of road users," he said.