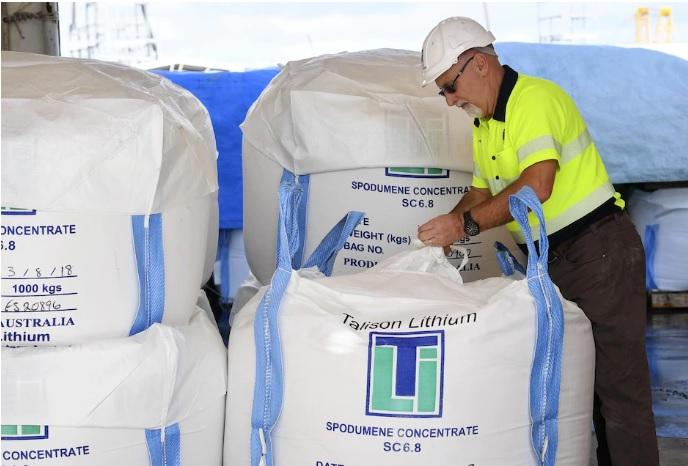 
Australia's chief resource economist says WA could earn "hundreds of billions of dollars" by taking advantage of its battery-making mineral wealth but has warned governments must act quickly to capitalise on the opportunity.

The latest quarterly report from Department of Industry chief economist Mark Cully tips exports from the Australian resources sector to top a quarter of a trillion dollars this financial year, at $252 billion.

But he says big growth in exports of battery-making products could see lithium making a substantial contribution to the WA economy.

The key to those riches, Mr Cully says, is WA's long-held dream of a hosting a genuine downstream processing industry, which could lift the value of lithium exports from about $1100 a tonne for mineral concentrate to about $23,000 a tonne for refined products such as lithium hydroxide.

"Countries which capitalise on the opportunities of the emerging lithium market could earn hundreds of billions of dollars in coming decades, and could play a pivotal role in fostering a new wave of clean energy technology around the world," he said.

Mr Cully's report, the first to focus on the emerging lithium market, comes as WA's latest lithium mine ships its first concentrate from Port Hedland, as Pilbara Minerals joins the growing list of WA producers. WA lithium mines employed 400 people only four years ago and about 2600 now — with "thousands more to come", the report says.

But Mr Cully warns that Australia's trading partners are also eyeing the opportunities provided by the explosion in the use of lithium batteries.

"Given the pace of change and efforts now under way to solidify the supply chain, it is likely that key decisions around the future of lithium in Australia will need to be made within the next few months," he said.

"Electric vehicle batteries and other storage devices require around 35 raw materials, and all are readily available in WA. WA also has relatively low energy costs and reliable gas supplies."

Mr Cully says governments will need to act quickly to convince the small number of companies that control the patents covering advanced manufacturing technologies to build plants in WA, and help the local industry build its own skilled workforce.

Read more on Perth in our exclusive feature article here