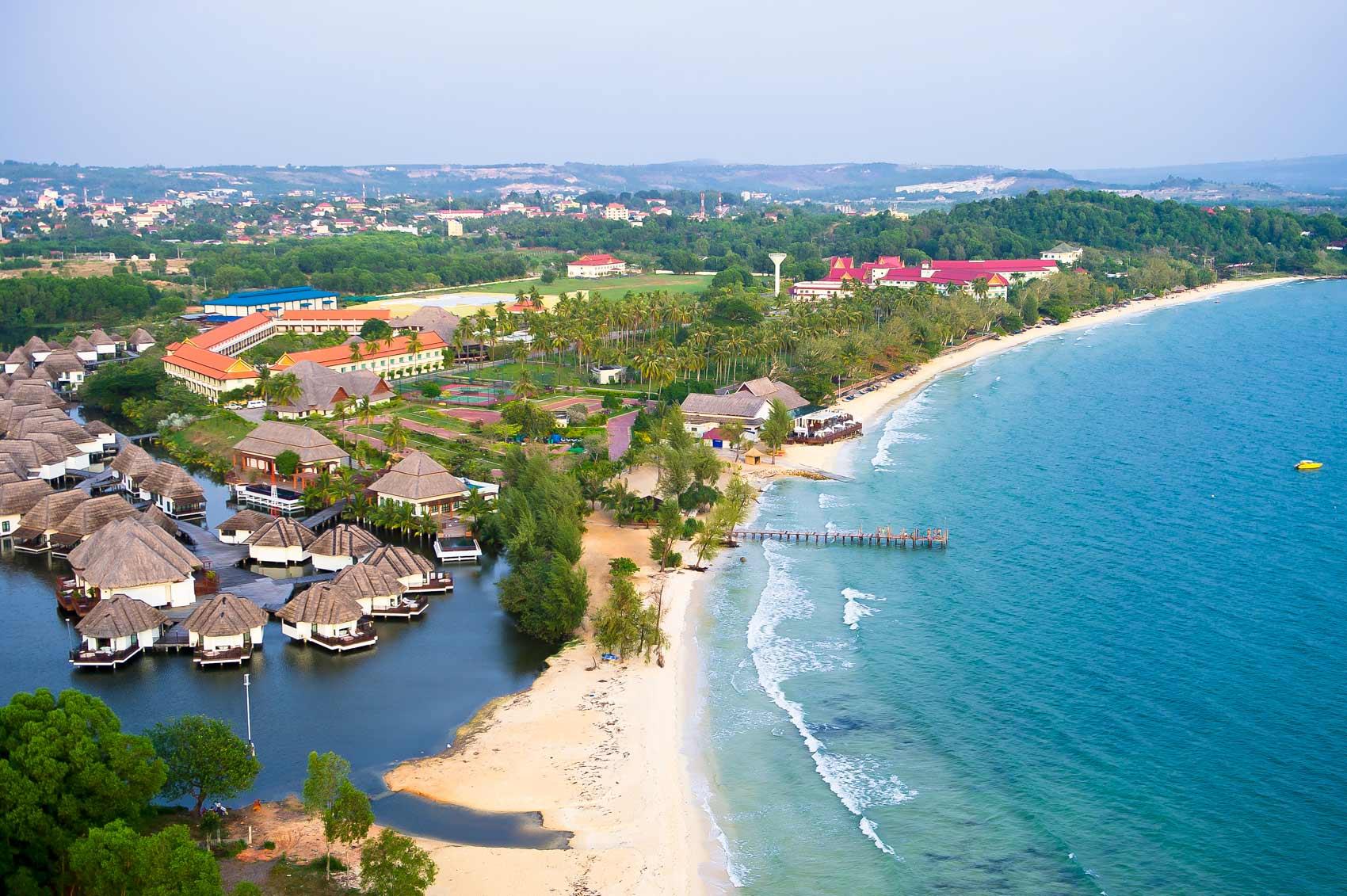 Sihanoukville is one of Cambodia's most important provinces. Strategically located and home to Cambodia's sole deepwater seaport, a special economic zone, and many businesses, Sihanoukville is an important economic and trade center, with connections to the rest of Southeast Asia and the world. A collection of pristine beaches and other attractions also made it Cambodia's second most popular tourist destination after Siem Reap.

Recently, Preah Sihanouk Province, particularly its capital city Sihanoukville, has seen an influx of Chinese moving into the area. Mostly attracted by Sihanoukville's investment potential and ideal location, these Chinese, who are mostly investors, tourists, and workers, are creating a higher demand for rental properties.

Of the more than 6,385 foreigners who requested for work permit in Sihanoukville early this year, 4,498 or 70 percent of them were Chinese.

The stronger-than-usual demand for rental properties inevitably led to skyrocketing rental prices. Chea Bunthoeurn, Sales Executive of Century 21 based in Sihanoukville, noted that rents have been growing since last year. "The increase in 2017 was gradual, but this year, rents jumped up much higher in such a short time" he stressed.

Depending on location, it is now 5 to 10 times more expensive to rent houses, villas, apartments, and other properties in Sihanoukville, with those closer to the city center being much more expensive.

According to Mr Bunthoeurn, properties located in a stretch between Ochheuteal Beach and Tor Pir, which is seen as having the best investment potential in the city, has drawn the most attention and interest among investors. "Currently, there is almost no rental space available" he pointed out.

A representative from Key Real Estate, for his part, noted that Sangkat Buon in Mittakpheap District has seen the biggest demand for rental properties. "There is a very high demand for vacant plot lands and buildings with multiple rooms in the area between Phsar Leu Market and Tor Pir Roundabout" he stressed.

He said that influx of Chinese drives up demand and rates. "Chinese working in the casinos prefer to rent whole buildings and usually offer double or triple the usual rent" he pointed out.

For shophouses, Mr Bunthoeurn noted that those located in Sangkat Boun are now much more expensive to rent than before. A shophouse than rents for $500-US$700/month last year is now available for $2,500 $3,000/month this year.

With regards to apartments for rent in Sangkat Buon, the one-bedroom types are now renting at $1,000/month from last year's $200 to $300. For two-bedroom apartments, the rental is now $2,200 per month.

In Sangkat Bei, which is also a part of Mittakpheap District, current rental prices are lower than that of Sangkat Buon but still more expensive compared to last year.

A villa that was renting for $700 a month last year in Sangkat Bei is now available for $1,500/month.

For land, rental rates have also gone up considerably since last year. The Key Real Estate representative pointed out that parcels of land along Ekareach Street in downtown Sihanoukville that fetch for $500 to $1,000 per sqm are now two to three times more expensive.

"Similarly, plots of land along the beaches in Sangkat Buon and Sangkat Bei have also become more expensive to rent, "he stressed.

With the prevailing trend and more investors coming in, it is expected that rents in Sihanoukville will continue to increase in the near future.

In spite of some negative effects, Sihanoukville Governor Yun Min stressed that more investment is good for Sihanoukville. "It helps grow the local economy and brings much-needed revenues, "he stressed.