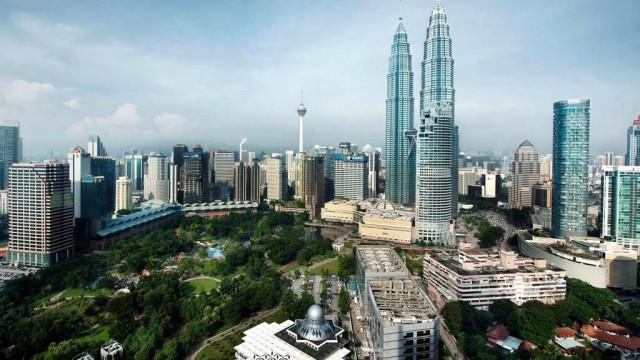 One of the major problems faced by young Malaysians, especially those below the age of 30, is the availability of affordable housing.

Sometimes it got so bad that even to rent a decent house was something a person needed to consider a thousand times, particularly in big cities, not to mention the decision to purchase a house.

Furthermore, the steady growth in house prices over the years had contributed to the increase in rentals and the rate moves at a faster pace in certain rapidly-developing areas

Earlier this year, data from Bank Negara Malaysia (BNM) showed that houses in the country were "seriously unaffordable" compared with global standards.

BNM said based on the housing cost burden approach, the maximum affordable price for houses in the country was RM282,000.

However, the actual median house price in 2016 was RM313,000, which was beyond the means of many households as the median national household income was only RM5,228 per month.

Despite BNM's report, the Real Estate and Housing Developers Association (Rehda) disagreed with the central bank's conclusion on the affordable housing threshold as the association opined that affordability should depend on the salary of the people living in a particular area.

Rehda Institute, the association's research arm, proposed the affordability threshold for Urban 1 areas, comprising Kuala Lumpur and the Klang Valley, to be set at RM500,000.

For Urban 2 areas comprising other parts of Selangor outside of the Klang Valley, Penang and Johor Baru, the proposed threshold should be RM400,000 while Urban 3 areas (Seberang Prai, Johor, Malacca and Negri Sembilan) at RM350,000.

As for Urban 4 (Terengganu, Kedah, Perak, Perlis, and Pahang) and Urban 5 (Kelantan) areas, the affordability threshold should be at RM250,000 and RM200,000 respectively.

On the other hand, the central bank also repeatedly emphasised the current definition of affordable housing, in the range of RM300,000 to RM500,000, was inaccurate as these prices were unaffordable to households earning median income.

As the dispute on the definition of affordability continues, and the guideline on what affordable housing is still grey, property developers persist in building houses above the RM282,000 benchmark determined by BNM.

During the first quarter of 2017, only 24% of new house launches were priced at RM250,000 or below, a pricing level which BNM said only 35% of Malaysian households could afford.

For many people, the majority of upcoming house launches, especially in city areas, are something they could only dream of buying.

Rehda Institute recently suggested the government should take up the responsibility of building affordable housing, while the private sector deliver market-driven properties without any price control and quota.

In order to address this issue, the previous government had set up the 1Malaysia People's Housing, 1Malaysia Public Housing Project and MyDeposit programme for first time home buyers.

However, following 14th General Election and the resulting change in government, the future of these public housing projects and initiatives are unknown and home buyers, especially those from the middle class, are anxious on what policies will be implemented moving forward.

Faeznur Najwa Raizuddin, 27, said she benefited from the MyDeposit programme as it helped her obtain her first house in Kulim, Kedah.

"I never thought I could purchase a house before the age of 30 as houses are expensive. Not many (houses) are in the (price) range that those from my generation could afford. With the cost of living on the rise, I hope the MyDeposit programme will continue," she said.

The MyDeposit programme was a special initiative announced during the tabling of Budget 2016, where the government would subsidise 10%, or a maximum of RM30,000, for first-time house buyers.

The programme was in line with the national housing policy and it was placed under the purview of the Ministry of Urban Wellbeing, Housing and Local Government.

However, the status for projects yet to begin construction is currently unknown.

Housing and Local Government Minister Zuraida Kamaruddin said all 1Malaysia tagged programmes would be rebranded and the ministry would draft a proposal to the Cabinet.

"All projects would be streamlined and centralised for easier management," she said.

The question now remains, if all of these public housing programmes and initiatives are to be reviewed, what new policies can be implemented to increase, and ease, home ownership among the younger generation? - Bernama