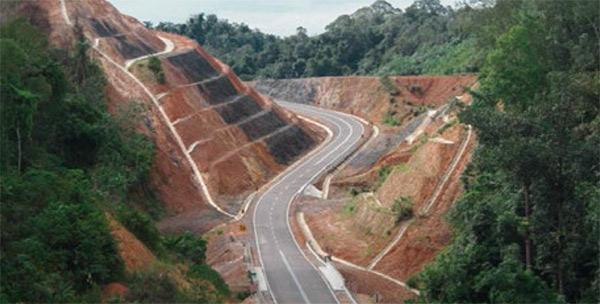 2 of 2
EastMalaysia
The Star Online, Photo Credit to hsl.com.my

Government Has Yet to Review Pan Borneo Highway Project

Newly appointed Minister of Works, Baru Bian said that the Government has yet to make a decision on reviewing the Pan Borneo Highway project.

"We will look at the cost, feasibility and the implementation of the project," he said at his first press conference as minister on Tuesday, 3 July.

"Pan Borneo is the very first highway in East Malaysia and we are happy to have highways in Sabah and Sarawak," he added.

When asked about the progress of the construction of the Pan Borneo Highway, Works Ministry secretary-general Datuk Seri Zohari Akob said 36% of Phase 1 of the project has been completed.

"For Phase 1, 11 packages have been awarded. At the moment, most of the construction is on-going," he said.

Phase 1 of the highway links Telok Melano in southern Sarawak to Miri in the north and is slated for completion in 2021.

Phase 2, which covers 77km to link up Sarawak to Sabah, is in the planning stage.

It was previously reported that the mega project will continue amid the change in Federal Government, but an audit will be carried out on the contractors involved.

Meanwhile, Baru said the Ministry will focus on five states, namely Sabah, Sarawak, Perlis, Kelantan and Terengganu, which were lagging behind and in serious need of improved public infrastructure.

"We will look at all states, but we will focus on these five states, mainly on infrastructure like federal roads, highways, airports," he said.