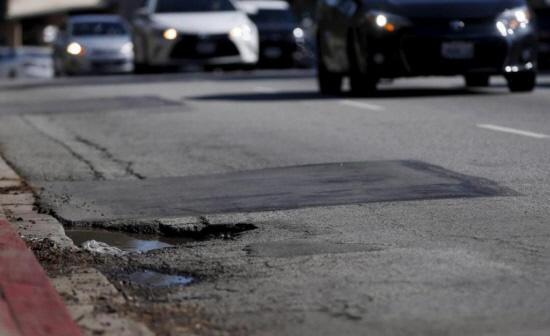 Uneven road surfaces, deep potholes and absence of street lights have been a common sight along rural roads, particularly in the east coast of Sabah.

For those living in the area, this is an old issue and they have grown accustomed to manoeuvring over and around the uneven terrain, potholes, dirty sidewalks, puddles and damaged roads.

However, when met by Bernama, some road users expressed hope that the new government is planning to raise the aspirations of the people, will among others give priority to providing basic infrastructure and upgrading the roads in the area.

Ibrahim Tabir, 40, from Kampung Simpang 4, Kunak said the bad condition of the roads and lack of street lightings were hazards which could cause accidents.

"We hope the new government will take the necessary steps to repair the roads especially the sunken road along Jalan Persekutuan (in Kunak) which has no street lights.

"This one of the main routes often used by road users to travel from Kota Kinabalu to Kunak, Semporna or Tawau," he said.

Another road user Mahmuda Rizki, 28, lamented the absence of street lightings along the Sapulut-Kalabakan stretch which had made travelling in the area dangerous and difficult at night.

"On top of that other hazards such as potholes and pools of water could endanger motorists and motorcyclists as well as cause severe damage to vehicles," he said while hoping that with the new government, their appeals would not fall on deaf ears.

As for Saadiah Hussin, 35, she hoped the new government would look into the people's comfort and safety by repairing the damaged roads and installing street lights.

"In terms of road infrastructure, Sabah still lags far behind other states," she said.

Meanwhile, State Infrastructure Development Minister Datuk Peter Anthony when met by Bernama, said the ministry was looking into the matter and several roads were currently being repaired and maintained.

He added that the Pan Borneo Highway project was also being implemented.

"We have also directed the relevant companies to repair and maintain the roads which had been contracted to them," he said while adding that legal action would be taken against contractors who have not maintained the roads.

On street lightings Peter said that in some areas, the local councils under the Housing and Local Government Ministry were responsible for the lighting system.

"However the Infrastructure Development Ministry will also take note of this problem as we are aware of the poor condition of street lights," he said.

He added that the ministry would soon be introducing a new system to monitor issues for better development results in Sabah. - Bernama