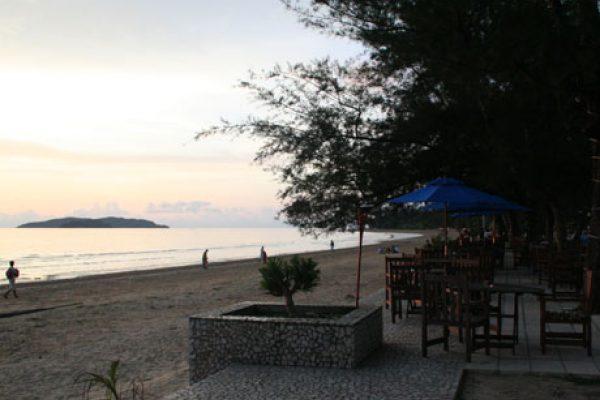 
State Tourism, Culture and Environment Minister Christina Liew commended City Hall for taking action to clear the rubbish at Tanjung Aru beach and hoped the effort will continue. In a statement Monday, she noted that Mayor Datuk Yeo Boon Hai and his personnel have started cleaning work on the beach and carried away the debris.

"The beach has improved in appearance and I hope City Hall will continue to clear the rubbish at the beach," she said.

She said the Mayor agreed the unsightly debris would be removed as soon as possible and that she will re-visit the site.

"I urge the local authorities to be consistent in maintaining a clean environment in and around the Tanjung Aru beach," she added.

Last week, Liew, who is also Deputy Chief Minister, said she would instruct Sabah Environmental Protection Department officers to discuss with City Hall on what to do about the current unkempt condition of the beach. She reportedly expressed hope for relevant authorities to quickly clear the eyesore (debris made up of an assortment of broken slabs, concrete fragments and structures from the previous hawker stalls).

Meanwhile, City Hall pledged to clean up both the beach and Prince Philip Park although no longer a title-holder of the area.

Yeo said the clean-up operation would take about a week to complete.

"Both Tanjung Aru Beach One and Two, as well as Prince Phillip Park, will be properly cleaned up and it should be completed by Friday," he said.

He said the City Hall decided to step in to clean the beach and park due to public demand.

"The public are looking forward to visit and enjoy the beaches once again but are disappointed by the poor conditions of the area and this has also attracted the attention of State Tourism, Culture, and Environment Minister Christina Liew.

"So the City Hall decided to step in and assist in cleaning up the area for the time being," he said.

Yeo added that City Hall will reclaim the area under their care for the time being despite being the former title-holder until the new State Government has a proper solution on Tanjung Aru Eco Development (TAED).

He had said last month that the TAED project had been put on hold until further directive from the new State Government.