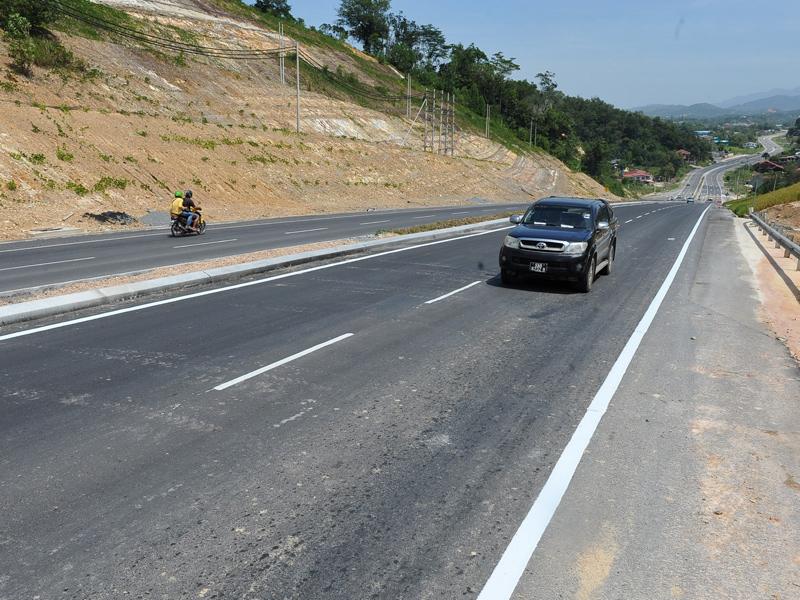 He said the project would also help to stimulate the state's development agenda as outlined under the Hala Tuju Agenda of Sabah and the Sabah Development Corridor (SDC).

"The Pan Borneo Expressway is a pledge by the Barisan Nasional (BN) government under the leadership of Prime Minister Datuk Seri Najib Tun Razak in the 13th general election manifesto to build a highway in Sabah and Sarawak.

"Starting from the manifesto and then the planning, followed by several series of discussion and signing of agreements, today, the Sabah Pan Borneo Expressway project is being implemented according to phases and packages," he said.

According to Musa, the highway, besides strengthening the State's road networks that will facilitate the people's mobility, will also stimulate and boost other economic economic activities such as marketing of agricultural products and promoting the development of tourism products.

"It will also stimulate development and growth of economic zones, such as housing and commercial areas, creates more employment opportunities, as well as provides skills and experience for the local population," he added.

Musa said the expressway would be toll-free, hence enabling people from all walks of life to use it.

"Once again, we express our appreciation and gratitude for Prime Minister Datuk Seri Najib Tun Razak's concern for the State's development and the people's needs with the implementation of this expressway," he said.

Musa said implementation of the expressway projects involved 35 packages worth RM12.8 billion from Sindumin to Tawau, with seven packages undergoing construction since April 2016.

As of March this year, he said, five of the packages were at the stage of earthwork for the building of the road alignment and bridges, while the other two packages were in the process of entering the site.

On the effectiveness of the Mini Estet Sejahtera (Mesej) or Prosperous Mini-estate programme by the Sabah government, Musa said the project was part of the Government's commitment to ensuring the people in the affected areas, who were identified under the poverty line, would be taken care of.