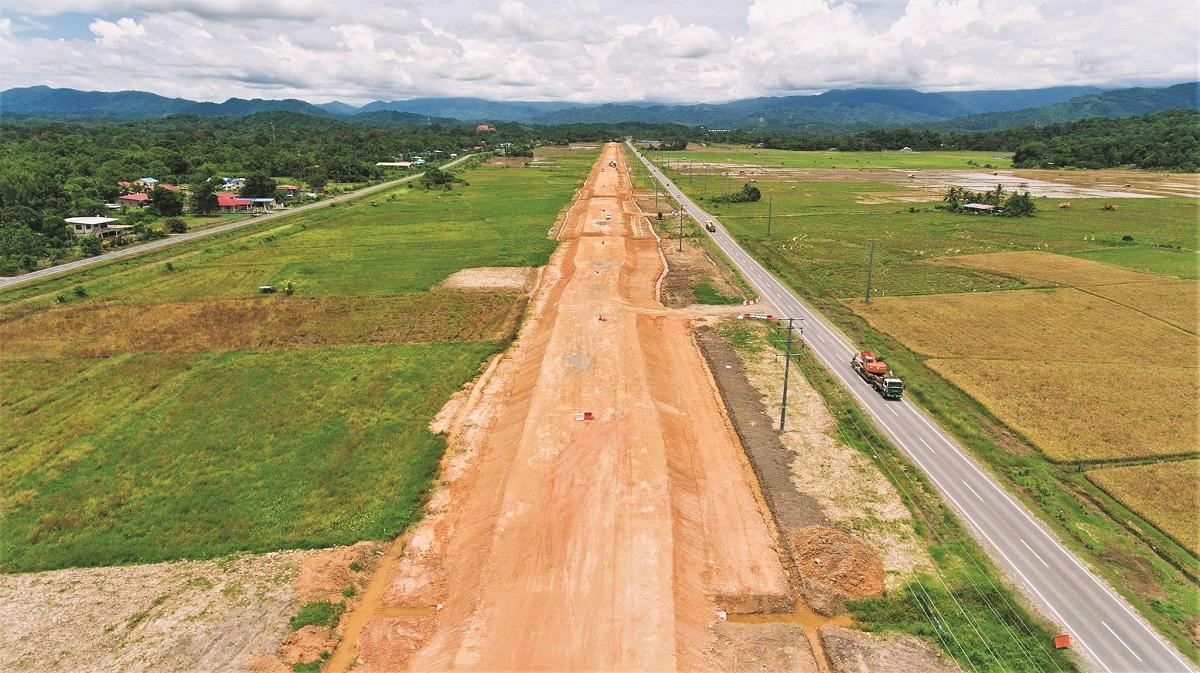 Pan Borneo Highway Phase One to Complete by 2021

Shahelmy said the first phase stretching from Sindumin to Tawau spanning 706km is currently progressing for the 12 packages and five more are in the phase of appointing contractors while the balance would see its process ending soon.

"Out of 35 packages, currently the construction work for the 12 packages is progressing. Five more are in the phase of appointing contractors while the 18 packages are in the gradual tender process which is expected to be settled in June this year," he said, at the BHP Two Million Man-Hours Zero Fatalities dinner on Thursday, 12 April.

With the construction work progress running according to plan, he added that the company will be able to complete the Phase One at the agreed deadline which is by end 2021, he added.

He also said once completed, the mega-project would not just be an ordinary infrastructure to connect one district to another, but act as a bridge for the districts' economy to bloom.

"Upon completion, there will be catalyst factors that will enhance the economic growth of the district such as comfortable and safe journey, easy access as well as shortened distance or travelling time from one destination to another," he added.

Earlier in his speech, Shahelmy said for the company to achieve Two Million Man-Hours Zero Fatality since the project started is something to be proud.

He said such success can only be achieved due to the compliance of all staff and personnel of BHP who followed the strict rules and procedure set by the company to ensure that no fatalities occurred.

"This achievement is the result of the compliance towards the strict procedure and rules in the construction sector that BHP has cultivated. This coincides with the Construction Industry Transformation Programme (CITP) 2016-2020 which is the company's corporate value," he added.

Shahelmy said this could not have been achieved if not for the BHP Health, Safety Security and Environment Department who have played their roles and carried out monthly inspection and auditing in office and construction sites of the highway project.

He also said this enforcement was aimed to ensure all parties including contractor workers comply with the safety procedure and rules that have been set by the Department of Occupational Safety and Health.