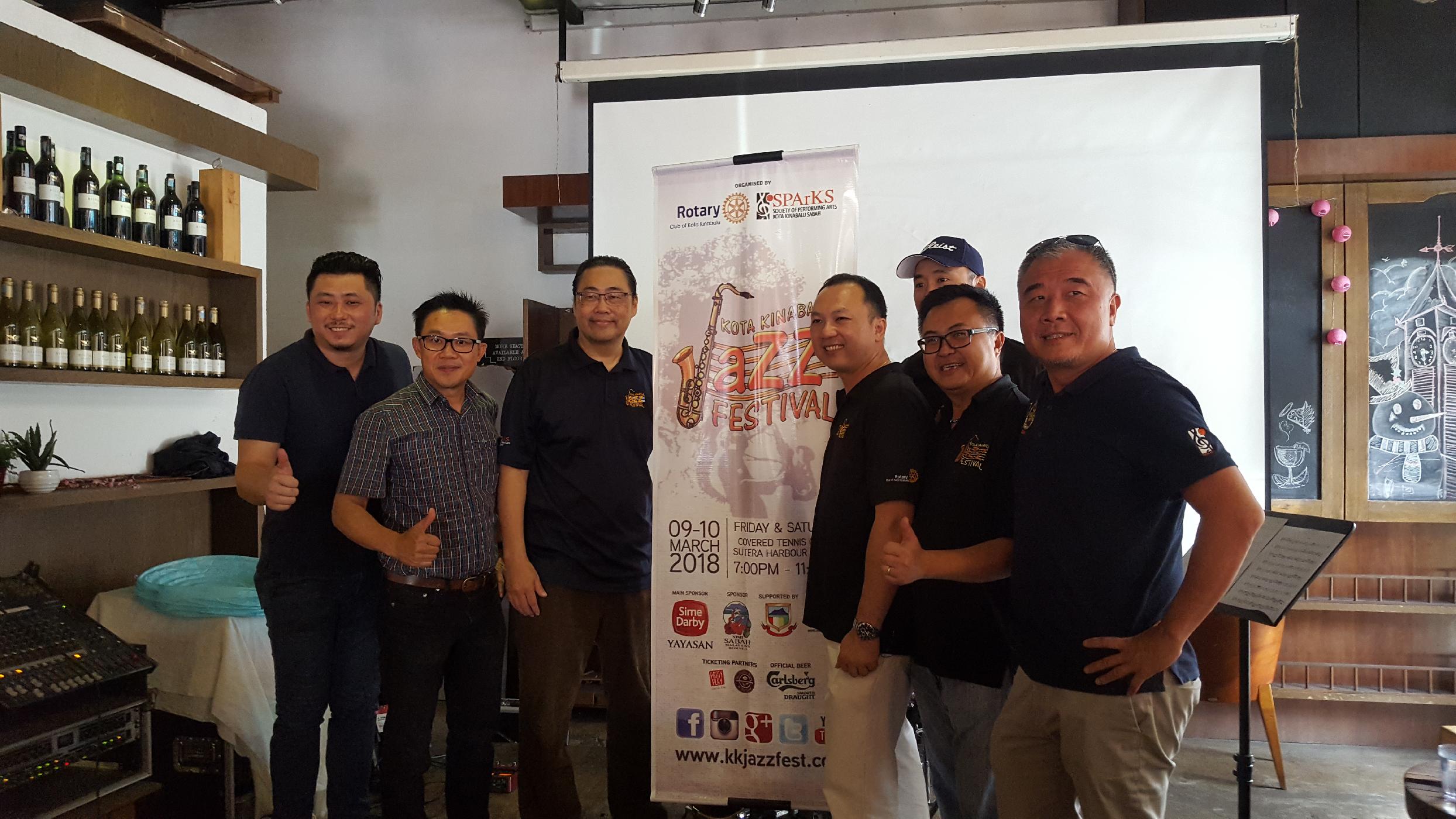 
Kota Kinabalu Jazz Festival 2018 which will kick off on March 9 to 10 at the covered Tennis Court Sutera Harbour is set to attract more Chinese and Korean tourists.

Its Organising Chairman, Jack Ong said the event anticipates a nightly crowd of over 3,000 people and this year, they expect more tourists to come.

"This year we will definitely targeting Chinese and Korean tourist as they are now also part of KK" he said this during a press conference yesterday.

The annual festival is a not-for-profit event is being jointly organised by the Rotary Club of Kota Kinabalu and the Society of Performing Arts Kota Kinabalu, Sabah (or SPArKS).

Its objectives include funding various community service projects of the Rotary Club such as medical camp, building gravity-feed water supply for the rural folks, to create a tourism event, and to provide local jazz bands a platform to showcase and develop their talents.

The annual fundraising event will be showcasing an array of international and local musical talents. Daphne Iking, the Sabah-born Malaysian celebrity, media personality and beauty will be the emcee for the two-day festival.

This year's line-up will feature local artistes such as Rozella, a Sabahan singer, songwriter nominee of VIMA Music Awards 2016 and the winner of Tiger Jams 2016 and Esther Applunius, champion of Borneo at Hard Rock's inaugural International Band Competition 2016.

There are also Jumero, winner of multiple awards who has performed locally and internationally at numerous festivals, The Shangri-La which is a song and dance musical duo comprising of Will and Yuii, Albino Deer, an experimental music genre with an impromptu and spontaneous music, and Power Line which is a top Labuan band with their blend of jazz, rock and fusion style.

The Movement, consisting of Tawau's finest musicians who have sessioned for a list of famous artist in Malaysia, and Andy Ngew - a professional fingerstyle guitarist heavily influenced by 60s rock and roll will be there. There will be also two international artists, Sybil Thomas and Mezzotono.

Also sharing the stage will be the talent search winners from the recent audition held at Jesselton Artisan Market at The Walk, Riverson such as Christopher Aban, Vivace, The Kissinger, and Alu-Alu Project.