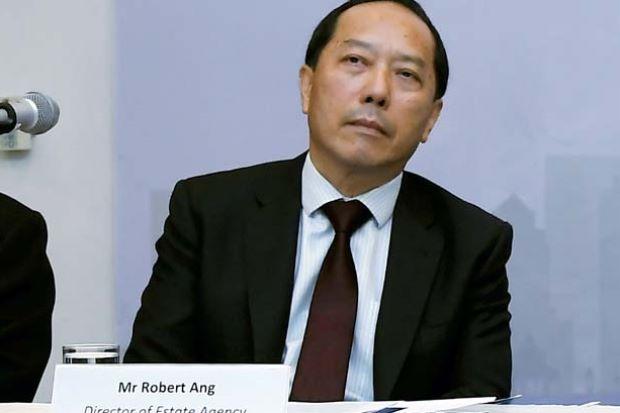 
The freeze on development of high-rise residential properties costing over RM1million is having a negative impact on businesses and should be removed, says a local property consultant.

"Freezing is never a good thing. You are interrupting businesses. When you freeze, especially on selective developments (over RM1mil), that opens up a lot of questions" he told reporters at the launch of Rahim & Co's Property Market Review 2017/2018.

Ang believes there are better alternatives to curbing projects.

"What should have been done was that the Government should have employed other measures, such as imposing on banks the need to have more stringent feasibility studies, rather than a freeze" he said.

He added that the freezing option would disrupt the businesses of developers that had the capacity and money to develop projects - as well as the ability to hold on and endure the property market glut.

The measure was implemented to cut down the glut in Kuala Lumpur and following Bank Negara's findings on the mismatch of housing demand and supply in the country.

Rahim & Co research director Sulaiman Saheh said the freeze on new developments is aimed at curbing in-coming supply and allow planned supply to be absorbed first into the market.

Separately, he said the local property market is expected to be flat this year.

"It will be segmented between the different markets. The affordable housing segment will take more limelight.

"More developers are going into this segment and it is expected to perform better compared to the higher-end segments" he said.

He said the retail and office segments, meanwhile, would continue to face pressure due to oversupply issues.

Sulaiman added that the industrial sector is expected to see a rise in demand as the proliferation of e-commerce is projected to place properties within this segment under the radar of many logistics and warehousing players.

"Overall, the market will be flat until it knows the direction of the country after the general elections" he said.