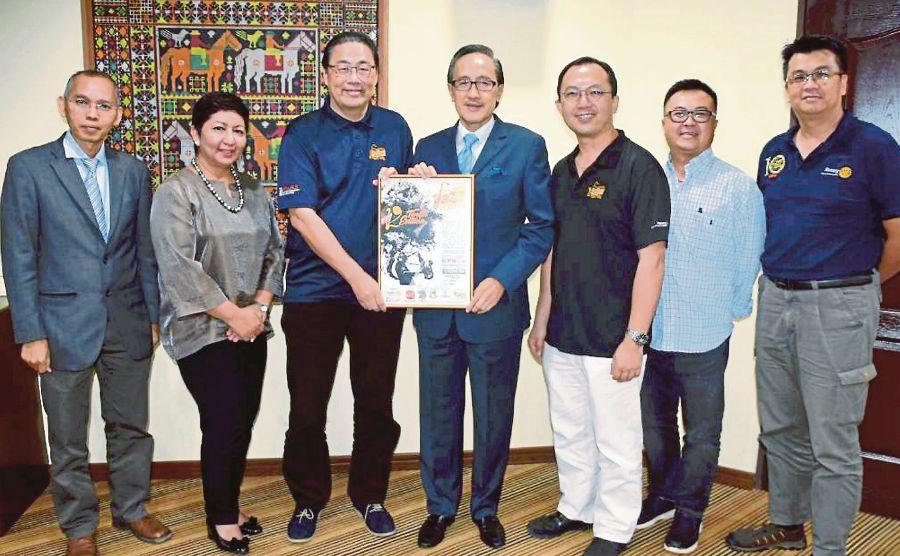 
The 12th KK Jazz Festival promises to showcase an exciting array of renowned and up-and-coming local and international talents throughout its glittering, two-night extravaganza next month.

Performers lined up for one of the region's most prestigious musical events include Sybil Thomas from the United States, Mezzotono from Italy, and Malaysia's Rozella, Esther Applunius and Jumero.

With nearly 40 years of experience, headliner Thomas has collaborated with music legends and toured internationally with Grammy award-winning artists.

Her first big break came in the early 1970s when she toured with the distinguished group, The Platters, as the only female singer.

"As for Mezzotono, the five singers use their voices to produce the sounds of different instruments to perform a repertoire of music sung in many styles.

"Be it pop or jazz or bossa nova, mambo or tango, big band or classical, all songs are given a fresh new twist by their unique arrangements and the inventive contribution of their rhythmic-vocals" the organisers of the festival said following a courtesy visit to Sabah's Tourism, Culture and Environment minister Datuk Seri Masidi Manjun.

Not to be outdone is Rozella - a talented Sabahan singer-songwriter who was a VIMA Music Awards 2016 nominee and winner of the Tiger Jams 2016; while Powerhouse vocalist Esther was winner of Hard Rock's inaugural Champions of Borneo two years ago. Back as emcee is celebrity and social media powerhouse, Daphne Iking.

Running from March 9 to 10, the festival will be held at the Sutera Harbour Resort from 7pm to 11pm.

The festival is jointly organised by the Rotarian Club Kota Kinabalu and the Society of Performing Arts Kota Kinabalu Sabah to raise funds for community projects.