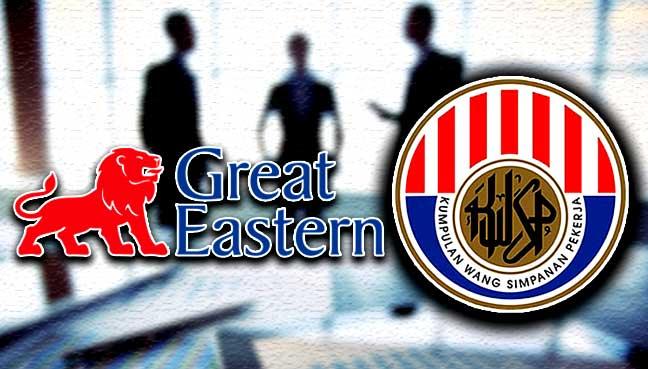 Report: Insurance Giant in Talks to Sell Stake to EPF

The deal, if it goes through, could fetch as much as US$1 billion (RM3.88 billion), the newspaper said, citing people familiar with the discussions.

The talks with the EPF are part of Great Eastern's strategy to meet Bank Negara Malaysia's deadline, set for June, mandating that insurers operating in the country are at least partially owned by locals.

It had over three million policies in force and a network of 17,000 agents in Malaysia at the end of 2016, according to its website. The EPF managed RM771.2 billion worth of investment assets as of last September and is the world's 15th largest pension fund, according to Willis Towers Watson.

WSJ said the negotiations are in the early stages, with no certainty of a transaction. Great Eastern could look to list its insurance unit through an initial public offering (IPO) in Malaysia if no deal is reached, the paper added.

Even if the deal falls through, EPF can still opt to take part in the potential listing of Great Eastern Life, albeit with a lower stake, the people familiar with the discussions said.

Since the central bank's mandate came down, foreign insurance firms operating in Malaysia have been looking at ways to trim stakes in their local units, either through sales of a minority stake to Malaysian firms or via an IPO.

The firms have to bring down their stakes in their local insurance units by at least 30%, according to the bank. The WSJ said such share sales could raise almost US$3 billion.

Foreign insurance companies operating in Malaysia include British life insurer Prudential PLC and Japan's Tokio Marine Holdings Inc. The life insurance penetration rate has held at around 55% since 2010 - well below the central bank's target of 75%.

People between the ages of 15 and 64 are expected to make up around 66% of the total population in Malaysia until 2040, according to the country's department of statistics.