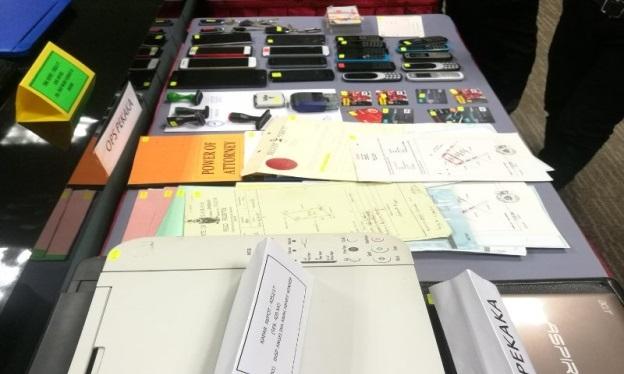 KUANTAN: Attracted by an easy loan offer of RM120,000, a trader was instead left to bear more than RM240,000 in losses when he was defrauded by a man claiming to handle a money lending agency in October last year.

Initially the victim Yin Kah Hing, 48, received a call from an individual offering a personal loan of RM120,000, but he refused.

"The suspect then re-contacted me by showing me a RM120,000 cheque issued in my name via Whatsapp, offering a monthly payment of more than RM900 for 15 years, and attracted to the offer, I submitted the relevant documents for the loan deal.

"The man then informed that he had put the money in my account, but when I checked, the money was still not transferred to my account," he told reporters when met here, Friday.

Yin said the suspect had also asked him to make various administration and legal related payments, and when he informed the suspect that he had not received the money, the suspect told him to bank in more money, promising him it would be returned to him later.

He said the suspect also showed him a RM500,000 cheque in his favour as 'evidence' for the guarantee.

However, after losing more than RM240,000, he realised he had been duped, and filed a police report recently.

"I hope people can take my predicament as a lesson, and not be easily deceived by any attractive deals when contacted by unidentified people via the telephone,"he added.