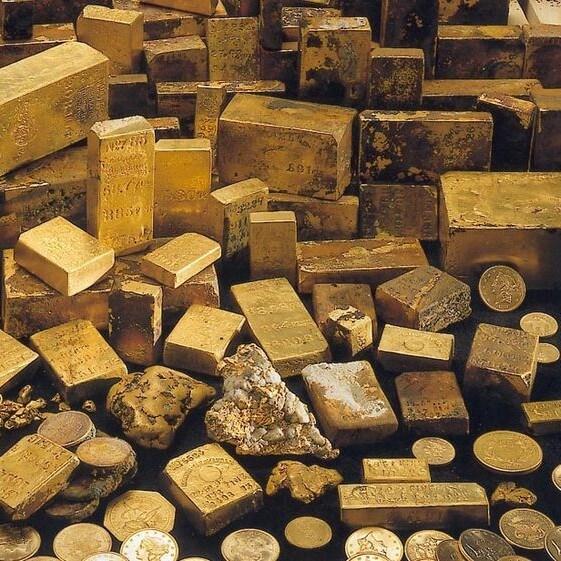 
Malaysia is now poised to take on the world in the gold industry. Prime Minister Datuk Seri Najib Razak said in the past, Malaysia did not have a gold refinery for commercial purposes within the country.

"Previously, gold had to be melted, refined and manufactured overseas before being imported into the country.

"Now, with the development of our first commercial gold refinery, we have the ability to process gold - from the smelting phase through to refinement - within Malaysia" he said today.

A Selangor-based company, DISB is a producer of precious metal hallmark bars, minted coins, wafers and strips, including other customized-related products.

Najib noted that few metals have been as important in making and shaping society as gold has. Gold, he said, has been instrumental in trade and commerce, and a source of joy and fascination at the individual level.

He also pointed out that in recent years, gold has been a critical component of technology such as in modern microchip used in cellphones due to it being effective conductors.

"Gold value has long been recognised in Malaysia, with products such as Kijang Emas gold bullion coins and gold dinar coins while the buying and selling of gold takes place not just in traditional shops but also in licensed banks - and more recently, via derivative trading platforms.

"While its price may fluctuate, the underlying confidence that individuals, financial institutions, central banks and even governments have in gold is unlikely to diminish anytime soon.

"That is why it is so important that we continue to encourage the growth of the industry in Malaysia" he said.

The prime minister said DISB, which is supported by the Malaysian Islamic Economic Development Foundation (Yapeim), would drive Muslim participation and empowerment in the industry.

Apart from the precious metal manufacturing, DISB also provides research and development, testing, assaying, and logistic requirements for the industry.

At the same time, Najib highlighted that the nation's economy has beat all expectations, with the World Bank revising Malaysia's output to a very healthy 5.8 percent over the course of 2017.

International companies are also coming to Malaysia at an unseen before pace, including energy giant Saudi Aramco and HSBC, one of the world's largest banks.

He said these companies had announced plans to invest billions in Malaysia over the years, with many multinational corporations (MNC) following suit.

"This is reflective of the confidence the international community has shown in Malaysia over the past years.

"Institutions such as the World Bank, the International Monetary Fund and many other respected global bodies had commended the government's prudence in handling the economy, and recognised that its resilience and competitiveness have been built up for the good of the Malaysian people" he said.