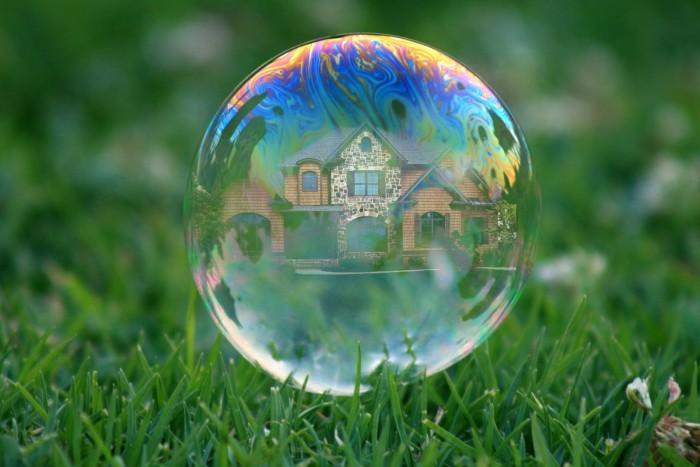 There Is No Property Bubble in Malaysia

"We will not have a â€˜bubble situation' as we strongly believe that the fundamentals are still there" he said after presenting his firm's 2018 Asia Pacific Real Estate Market Outlook on Wednesday (17 January).

A bubble happens when property prices become too high due to strong demand, speculation and exuberance. But at some point sales stagnates while supply increases, leading to a sharp correction in prices.

"Overall in the market, we have not seen any panic selling happening in Malaysia. Oversupply issues are also prevalent only in certain sub-locations such as in Cyberjaya, where there are concerns over many empty units there.â€

As a matter of fact, landed dwellings are still seeing healthy take-up of 65 to 70 percent, indicating that there is still positive demand for this kind of property. Builders are also limiting their launches to cope with the supply glut in the market.

In addition, the authorities have implemented rules to deter speculation and prevent prices from increasing too much. They are also actively monitoring the property market amid an oversupply of units in certain segments.

These measures include limitations on foreign ownership, the introduction of Real Property Gains Tax (RPGT), and the recently proposed ban on new condos, offices and malls worth at least RM1 million.

"Bubble is always about whether market price is overheating. The cooling impact by Bank Negara Malaysia has, in fact, cushioned that. Besides, for the last three years, pricing has moderated about five to eight percent, which we believe is in line with the salary increment of five to six percent during the period" Foo explained.

However, Malaysia's property market is forecasted to remain flat this year. Prices could see marginal growth, while that for upscale properties would be under higher pressure, especially for SOHO and SOVO units.

"The challenging part is always how to fill up the units that have been in the market and going to be completed, as in the last five years there has been a lot of launches. And this is the time that perhaps the vacancy rate of some of the SOHO/SOVO and high-end residential is going to be very challenging" he noted.

Meanwhile, Foo revealed that the unattractive location of some affordable housing has negatively affected the demand for such government-built dwellings.

"Ten years ago we had an oversupply of low-cost houses. Not because there is no demand, but because of mismatch of location. So this is the situation that we are facing.â€

"Therefore I urge PR1MA and the rest of the agencies to carry out proper feasibility studies before they launch their products" he said, adding that some of the residences houses are situated in areas far from infrastructure.