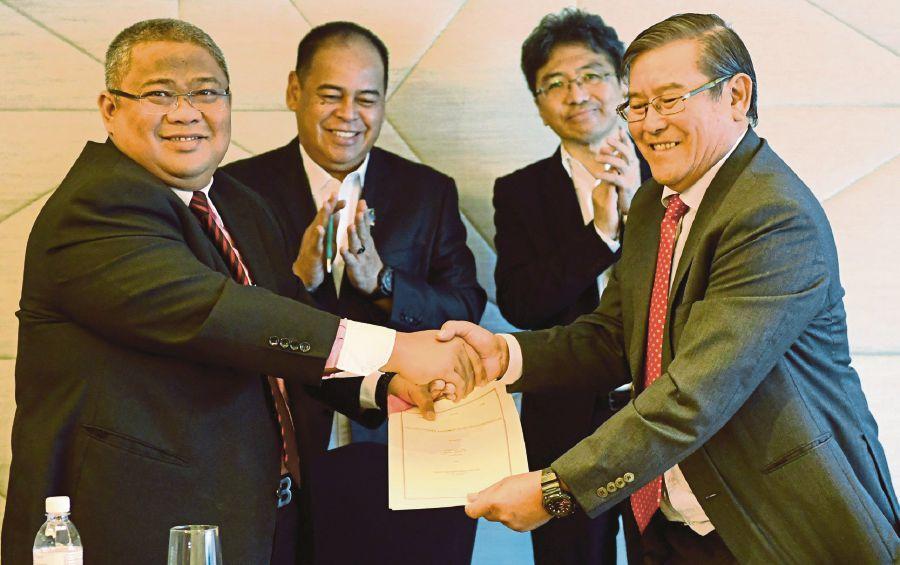 Builders Must Continue to Improve in Sabah

He said construction industry was crucial to the Malaysian economy and was expected to contribute 5.5 per cent to the gross domestic product by 2020.

"Sabah contributed 3.9 per cent in 2016, and today we are already seeing intense demand for infrastructure development in Sabah, such as the Pan-Borneo Highway" he said at the signing ceremony between Cement Industries (Sabah) Sdn Bhd and Ecooils Sdn Bhd, here, recently.

Under this agreement, Cement Industries will get a 10-year supply of ecologically-processed pozzolan to produce blended cement products.

Tan, who is also the Industrial Development Minister, said that while it was critical for the industry to maintain a healthy level of development, it was also important to minimise any adverse impact on the environment.

He said the signing was a step-up for Malaysia and Sabah in achieving balanced development and preserving the environment.

"I am very pleased to see two Sabah-based companies from different industry backgrounds working together and capitalising on each other's capabilities" he said.

Cement Industries, incorporated in 1982, is a state-owned company, which aims to ensure the adequate supply and distribution of quality cement in Sabah and Labuan.

Since its incorporation, Cement Industries has grown with its Sepanggar Bay plant catering to the cement needs of Sabah's west coast and the Bulk Cement Terminal that was set up in the Lahad Datu port catering to the east coast of Sabah.

EcoOils, based in Lahad Datu, has a business which deals with the recovery and re-use of palm oil waste. The company prides itself on its processes, which have near-zero waste.

Tan said its facility in Lahad Datu, which started operations in 2013, was their third, which served East Malaysia.

"Apart from bringing Malaysia to the forefront of the vegetable oil space, the company is reducing waste from palm oil industry and reducing the need for landfills, which in turn, preserves Sabah's environment" he said.

He said preservation of Sabah's environment has always been a key factor in the development of the state.