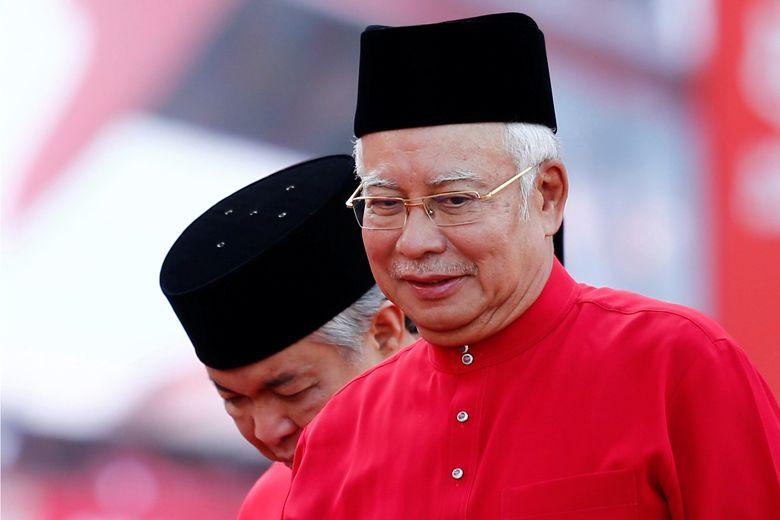 
Malaysia's prime minister Najib Razak said in his New Year message on Sunday (Dec 31) that Malaysians can look forward to a brighter economic future in 2018.

He touted his administration's National Transformation initiatives, aimed to make Malaysia join the ranks of developed nations by 2050, as providing a roadmap of optimism for the future as well as the upbeat reports made by several international financial bodies on Malaysia's economic growth.

"Our economy beat all expectations, with the World Bank revising its estimate for our growth this year upwards not once, not twice, but three times - to a very healthy 5.8 percent," he wrote in his message.

"We expect healthy growth next year and further reduction of the deficit, as we continue to take all steps necessary to build the nation and promote the safety, welfare and happiness of people," Mr Najib, who is also the finance minister, said.

As an example of investor confidence in Malaysia, Mr Najib cited e-commerce giant Alibaba's decision to launch his company's first digital free trade zone in Malaysia as proof of the Malaysian government's efficient and business-friendly environment created under National Transformation, or TN50, initiatives.

"This sentiment has been echoed in the confidence the international community has shown in Malaysia over the past years.

"We hope all will support us in this great task as it was a task that our forefathers began, a task that my father continued, and a task that I feel personally responsible for," Mr Najib said.

These investments, the new buildings, the new businesses and new infrastructure projects - from the Pan Borneo Highway to public transport such as the new MRT in the Klang Valley - will create more jobs for Malaysians, he said.

The East Coast Rail Line will help boost the local economies of Pahang, Terengganu and Kelantan states, he said. The project will connect ports on the east and west coasts of Peninsular Malaysia and is slated for completion in 2024.

Mr Najib also urged voters to recognise "who has the proven track record". A general election is due in Malaysia next year. The general opinion among many analysts is that the momentum is with Mr Najib and Barisan Nasional is likely to win again, wrote The Star columnist Jocelin Tan.

"Electing the government is a serious business, and we are confident in the wisdom of the people," said Mr Najib.

Without mentioning names, he took swipes at a former leader who attempted to "overthrow a democratically elected government in the hope that his ambitions for his son may be realised".

Mr Najib said the people deserved more from politicians, adding that opposition party leaders could play a role by acting as checks and balances and holding governments to account instead of rejecting policies for the sake of opposing.

"Mature politics is about helping to develop the country and unite us; not attempting to burn it down and divide us.

"We can have differences of opinion but we should still be decent and have the decorum to concentrate on what we have in common rather than make a weakness of our diversity" he said in his New Year's message.

"We are in different parties, but we surmount those divisions when it comes to matters of common interest, such as supporting the causes of the Rohingya and the Palestinians," wrote Mr Najib in his message.

The Malaysian premier also said that his administration's efforts have shifted global opinion on the Rohingya crisis. He said that senior American officials have taken a far firmer stance on the issue after he raised the plight of the Rohingyas during his visit to the White House in September.

"We have been unafraid to insist that Asean's policy of consensus cannot extend to staying silent about this unfolding catastrophe, and we saw results at the November summit when Myanmar made new commitments to resolve this appalling crisis," he added,

Mr Najib also repeated Malaysia's position that "Jerusalem cannot be recognised as the capital of Israel".