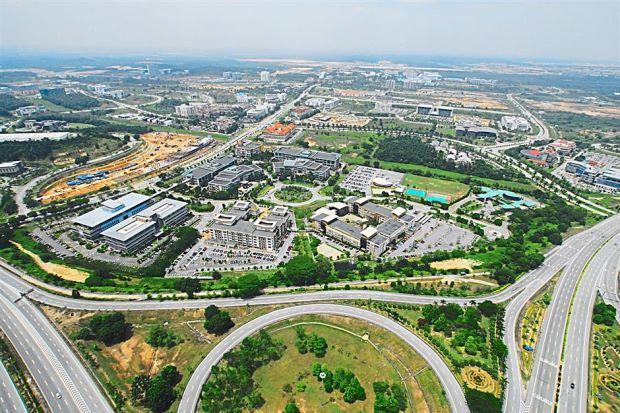 He said for a start, a pilot project would be conducted with selected shops like restaurants and retailers here within a month, before the online payment platform moving to the Klang Valley, nationwide and Association of Southeast Asian Nations.

Mohd Irwan said TaPay, built with the community in mind, was currently being refined and strengthened via direct engagement and sourcing of inputs from the 100,000 strong Cyberjaya collective of businesses, residents, education institutions and students on an ongoing basis.

"I hope this initiative will roll out soon and many more retailers and restaurants will participate in Cyberjaya. By 2020, we hope to reduce dependence on cash transactions to 63 per cent of total transactions and increase the number of e-payment transactions per capita to 200 transactions.

"This is the mindset change the government seeks in the people and businesses in order to remain relevant among the fast-moving nations, and on par with the Chinese mobile wallet, Alipay, which will be another payment option in our country by next year" he told reporters after launching TaPay, a collaboration among Fullrich Malaysia Sdn Bhd, Cyberview Sdn Bhd and Affin Bank Group here Thursday.

Mohd Irwan, who is also the Cyberview Chairman, said this cashless society's aim was in line with Malaysia's aspiration to further boost its digital economy initiatives, which would be the new source of growth for its gross domestic product.

"We choose Cyberjaya for the pilot project because this city is equipped with infrastructure and features within the city in line with its smart city roadmap. Through this, we will reduce the physical transaction element to payment (of credit and debit card) so that it will become easier for the users. It is also important that these transactions are safe for all Malaysians.

"We must teach and convince people to migrate from cash and be familiar using e-wallet. At the same time, Malaysia must remain competitive, speed and efficient in its eco-system. Therefore, I called on more banks like CIMB, Maybank and RHB to collaborate with Fullrich on this cashless initiative" he said.

He said although it would be an uphill task to stand on par with Alibaba, it was not impossible for Malaysia to go all-out to capture the ASEAN markets, such as Indonesia, Philippines and Thailand, via e-wallet TaPay.

Asked to comment on popular singer Datuk Sheila Majid who lamented the high cost of living and the weak ringgit in a post of Twitter, Mohd Irwan said: "People always confuse between lifestyle cost and cost of living. Basic food items like rice and oil, and basic needs are considered as inflationary cost and the country's inflation cost is as low as 3.5 per cent.

"While the annual salary increases of Malaysians are between five and six per cent, they should cover the inflationary cost. If you add the lifestyle cost to cost of living, of course, certain things will be beyond your means. If luxury things are added into our daily expenditure, then this is when people will start to complain" he said.

Irwan said the government has done a lot for the B40 group, referring to households with an income of RM3,900 and below.

"(We are giving) 1Malaysia People's Aid (BR1M), education fees (free education), and RM1 hospital fees. "Where in the world can you go to the hospital and only pay RM1?â€ he asked.

"The economy is growing, everything is good. Not to worry, this country is a prosperous country" he said, adding that the property market has softened and house prices had dropped.