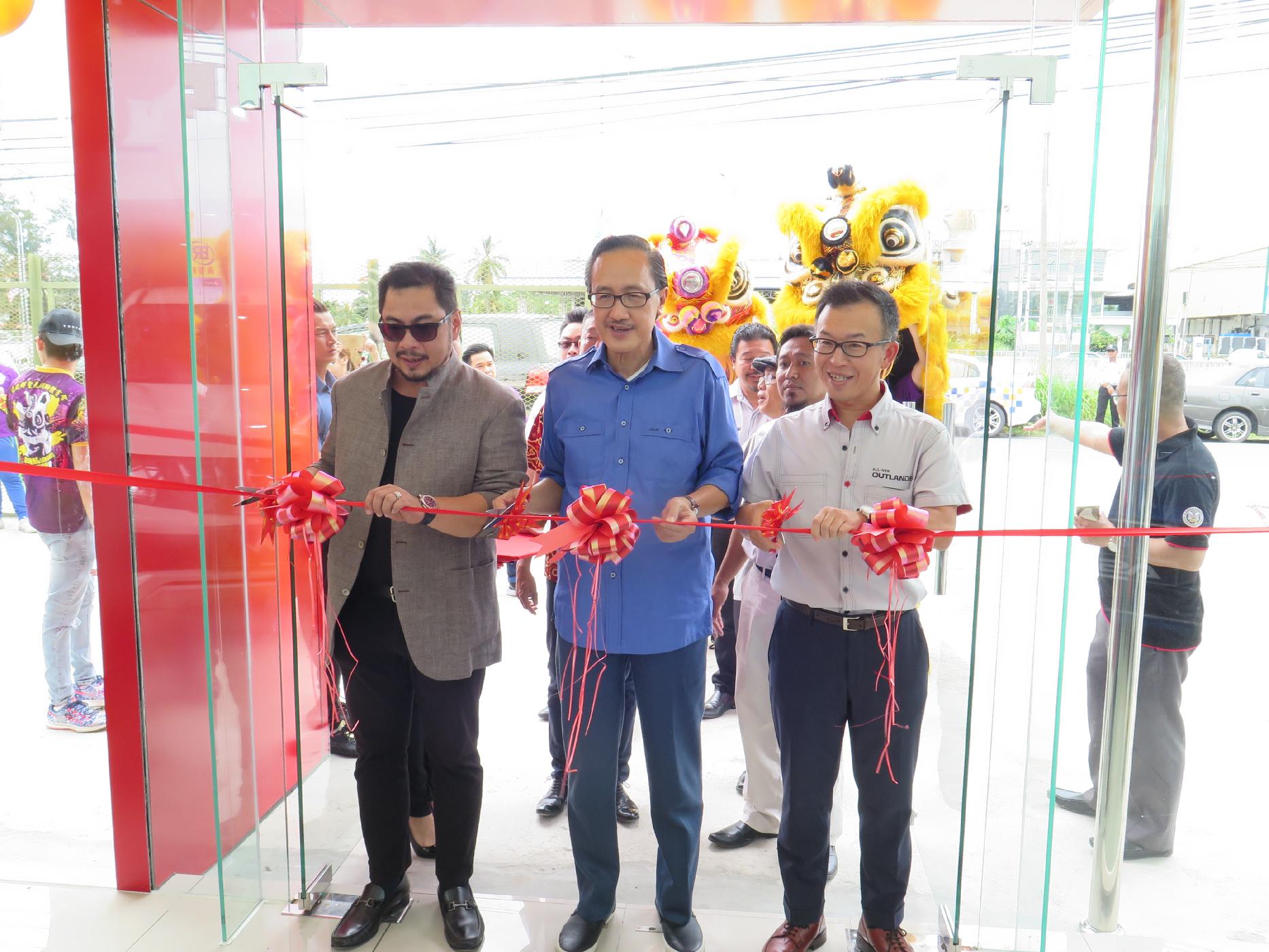 Sebangga Group is an automotive division of AA Capital Group of Companies that concentrate on a variety of businesses ranging from engineering and construction to financial services. Sebangga Group started their maiden automotive showroom at Labuan in October 2015 and the following month ventured in Kota Kinabalu and expanded their journey across East Malaysia. To date, they currently have 7 automotive showrooms, including one in Kuching for the brands of Subaru, Chevrolet and Mitsubishi Motors.

"With a strong leadership that shows success as a track record across a wide spectrum of businesses, we are highly confident that Sebangga, with a very committed and dedicated team, will become a key driving force in expanding the market share for the Mitsubishi brand in Sabah", added Tomoyuki.

Speaking at a press conference after the launch, Founder and Chairman of Sebangga Group, Dato' Arif Ambrose said that the introduction of the 4S Centre will serve as a convenience to all the Mitsubishi drivers.

"I understand that there's a lack of 4S Centres here and a lot of people own or drive 4x4s here because of the terrains", said Dato' Arif.

"Our idea is to create an ease of convenience for the people here when it comes to servicing or buying spare parts for their cars. This 4S centre will have almost everything you need", he added.

He also added that the group wants to create more job opportunities for the people of Sabah and to date, 90% of the staff in the Labuan and Kota Kinabalu showrooms are locals.

"We send our staff for training with the principle so that they're fully equipped with the right knowledge. We've lost a lot of good talents here in Sabah to the overseas market. It's about high time we retain them and if we can do that, our State can definitely be a better place", shared Dato' Arif.

In conjunction with the launching of the 4S Centre, Sebangga Group also took the opportunity to introduce the newly launched 7 Seater SUV Mitsubishi Outlander 2.0 4WD. The Outlander SUV boasts outstanding safety and space for the family, and the move to locally assemble a new 2.0L variant makes the SUV even more affordable for Malaysians.

The Outlander, which is the msot affordable SUV in its class, was launched in Malaysia in April 2016 as a completely built up (CBU) import from Japan. The introductory price for the new locally assembled Outlander 2.0L 4WD comes at a price tag of RM141,205.12 until the end of 2017.