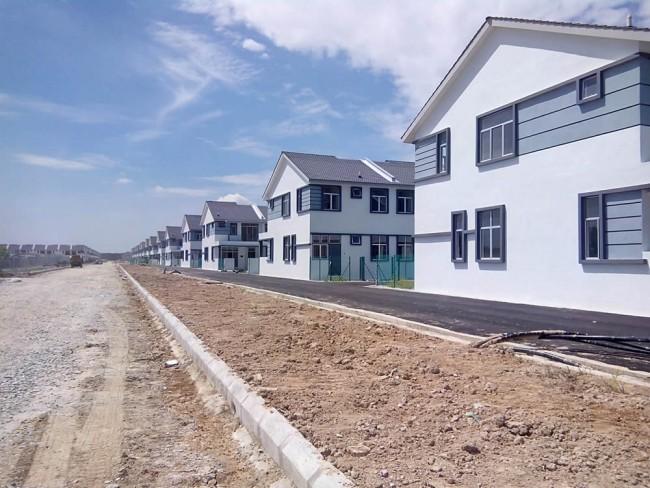 Use of IBS Could Lead to Controlled Housing Prices

The rising property prices have been limiting many housebuyers from being able to buy properties. However, that is about to change when cost-saving initiatives and construction methodologies become compulsory by 2020.

The call to implement the Industrialised Building System (IBS) technology for the construction of public and private developments will effectively reduce building costs and eventually control property prices from escalating unreasonably.

Once all new developments have fully adopted the IBS method, the mismatch between affordable housing and supply will be eased, and in turn, create more opportunities for low and middle-income earners to purchase properties.

However, to fully-kick off and implement it, there are various hurdles faced and the government needs to step into lower down taxes and reduce compliance costs to enable all industry players to buck the trend.

In anticipation for that, budding housebuyers should play a role in understanding IBS and its advantages before it becomes compulsory.

What is IBS? In simpler terms, IBS or prefabrication as it is known worldwide is to mass produce the components required in constructing a building, either off-site or on-site, usually in a controlled environment.

What Types of Pre-Fab Are Available?

There are five types produced in Malaysia currently:

How Can IBS Control Property Prices? Studies have shown that IBS is able to reduce costs which could lead to controlled house prices.

Firstly, there will be a reduction in the number of workers such as concreter, carpenters, bar benders, plasterer, among others, for only certain skilled workers will be required to work with the complex machineries.

This will minimise the requirement of foreign unskilled labour and will lead to savings in terms of labour costs of up to 46 percent.

Secondly, cost savings are also conceivable with the reduced usage of building materials during construction, for example, the usage of steel where it is currently priced at RM2,400 a tonne.

Additionally, cleaner and more efficient waste management at construction sites is implemented which will reduce clearing up costs, wastage. It is also touted to be environmentally friendly.

Moreover, IBS offers improvements on quality, productivity and efficiency due to the components being factory-produced.

This could also reduce the possibilities of poor workmanship and lack of quality control.

The plus point of using IBS technology would be faster completion of up to 50 percent without compromising the quality, which could match the demand for affordable housing.

Where to Find IBS Built Projects? With a handful of developers constructing their properties using IBS technology, nevertheless, it has been proven that quality homes can be reasonably priced with the use of IBS, even offering a wide range of facilities.

Here are some developers who are on the forefront:

Gamuda Bhd owns an automated robotic IBS facility in Sepang that has the capacity to produce 3,000 apartment units per year.

It is also building a second IBS factory in Banting, which is expected to be ready by end-2018 and both plants will have a combined workforce of 500 and the capacity to produce 8,000 units per year by end-2018.

ML Global Bhd has partnered China's Sany Construction for a RM40 million IBS plant in Nilai with a capacity of 2,000 units per year.

The developer of the Forest City project, Country Garden Pacific View Sdn Bhd, has an IBS facility in Johor with the capacity to produce up to one million square metres of built-up area.

Other developers bucking the trend are SP Setia Bhd, Hua Yang Bhd, Sunway Properties, among others.

Meanwhile, PR1MA houses are also constructed using the IBS technology. According to PR1MA, 90 percent of the construction process will be done at the plant, while the remaining 10 percent will be completed at the construction site and houses are usually built between 30 to 60 days.