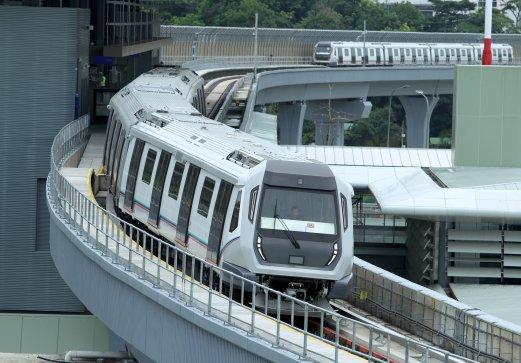 The commencement of the Sungai Buloh-Kajang mass rapid transit (MRT) line has resulted in a spurt of development in Sungai Buloh. Property development is especially vigorous near the four stations that serve the area - Sungai Buloh, Kampung Selamat, Kwasa Damansara and Kwasa Sentral.

Among these are the D'Sara Sentral by Mah Sing Group Bhd, SqWhere by Selangor Dredging Bhd, Residensi Suasana @ Damai by MK Land Holdings Bhd and The Zizz by Jaya Megah Building & Engineering Sdn Bhd. Another is the 2,330-acre township Kwasa Damansara by Kwasa Land Sdn Bhd.

He added that industrial properties in the area were being converted for commercial use while villages and plantation land were giving way to modern housing schemes and high-rise condominiums.

"Convenient accessibility to destinations such as the Kuala Lumpur city centre, retail centres and KL Sentral transport hub will appeal to and attract young urbanites and small family households to high-rise residential developments" The Edge quoted him as saying.

The second phase of the MRT is the proposed Sungai Buloh-Serdang-Putrajaya line.

Landserve Sdn Bhd managing director Chen King Hoaw was quoted as saying a major boost for the area would come from the two MRT lines connected to the Sungai Buloh station, which is an interchange terminal.

"We expect property prices here to increase in the mid to long-term period" he added.

In addition to the MRT Phase 1, buses also ply the area. There is also a KTM Komuter station next to the Sungai Buloh MRT station and the KL-Rawang line runs through the locality.

The Edge quoted Foo as saying that transit-oriented developments or transit adjacent developments, particularly high-rise residential projects, would be in demand.

It quoted Tang as saying: "High-end residential enclaves like Sierramas and Valencia are targeted at the higher-income group, while the upper-middle-income group can go for newer condominiums or serviced apartments such as SqWhere and D'Sara Sentral, or terraced houses in Subang Bestari and Subang 2. For the low-to-middle-income groups, there are medium-cost apartments like Danau Bayu and Sri Putra II.â€

Chen said single and double-storey terraced houses were seeing the most demand, although apartments were also becoming more popular.