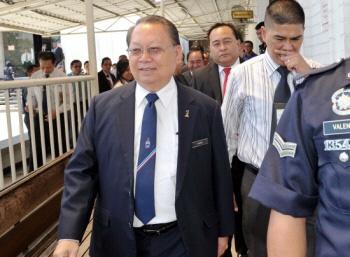 Pairin, who is also State Infrastructure Development Minister, said the project built to accommodate the rapid development and growing population in Lahad Datu, would benefit 50,000 residents in the district.

"The oxidation pool built 30 years ago can no longer accommodate the amount of sewage handled and the treatment quality is only Standard B according to the Department of Environment specification.

"The new Lahad Datu sewage treatment plant is equipped with state-of-the-art mechanical and electrical equipment to optimise the sewage treatment process as well as the alignment of sewage pipes and a 14-metre deep pump station," he said.

He said developers or individuals planning to build houses or infrastructure near the sewage pipeline could make connections to the sewage pipes and need not construct septic tanks themselves.

The 706km phase one of the Sabah Pan Borneo Highway project built with an allocation of RM12.86 billion is expected to be ready by December 31, 2021.