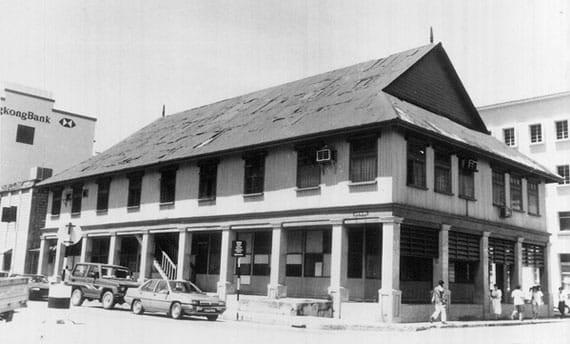 Pertubuhan Arkitek Malaysia (PAM) Sabah Chapter has proposed to adopt the former Welfare Department building, a gazetted heritage building that was destroyed in a mysterious fire in the late 1990s.

The organisation is seeking a concession of at least 15 years to allow it to raise funds to maintain and restore what is left of the building similar to the Ruins of St Paul's in Macau or partially reconstruct part of it to make it more presentable and suitable for artistic activities such as art installation and artistic curation of the history of the building.

A local artist and architectural graduate, Adrian Dominic Ho, had held a preliminary discussion with Yayasan Hasanah, a sister entity of Khazanah Nasional Berhad, in the hope of capitalising on one of their focus areas, which is arts, heritage and culture. PAM wishes to tap into their huge resources and funding to run art activities once the site has been restored and is suitable to host such activities, the organisation said in a statement.

The proposal was conveyed to State Tourism, Culture and Environment Minister Datuk Seri Masidi Manjun during a courtesy visit by PAM Sabah Chapter members recently to extend their invitation to collaborate with his ministry on few specific projects. The organisation had also proposed to develop its own Green Rating Tool for resort hotels in Sabah and sought the ministry's support.

PAM said the Minister had agreed in principle to look into the building adoption proposal and will seek the State Cabinet's approval on the Green Rating Tool which he described as having a huge potential to attract high-end tourists to Sabah.

This year a design conference will be held on Oct 21 at Shangri-La Tanjung Aru where four speakers from the United States of America, the United Kingdom and the Netherlands will be presenting their papers on architecture.

Next year, PAM hopes to bring BAF 2018 to another level by incorporating their signature events such as design conference, workshops, competitions, exhibitions, award presentation and many others under one roof to create a carnival-like atmosphere.

The event's theme next year is "Resort/Hotel."