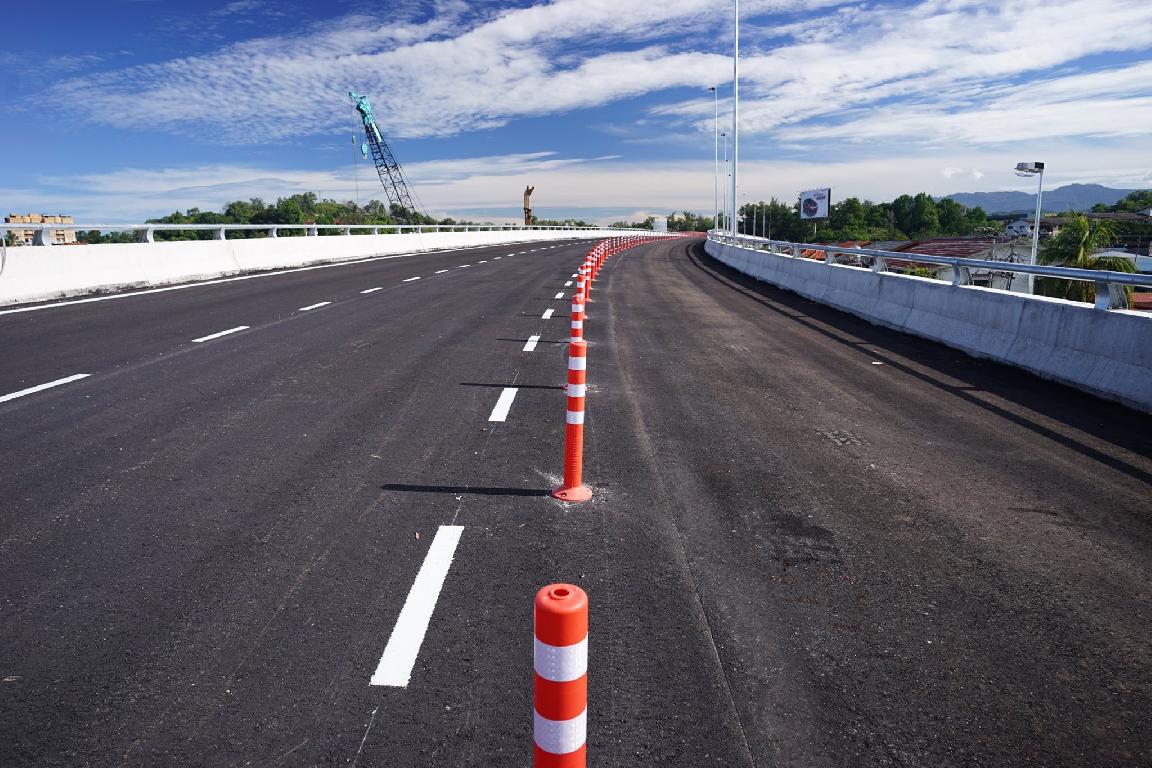 
The builder of Jalan Lintas flyovers here is at loss with the inconsiderate and selfish attitude of a handful of motorists who intentionally â€˜hit-and-run' flexipoles and barriers placed at the flyovers.

Pembinaan Azam Jaya project manager Victor Voo said, "Our flyover â€˜J7' at Jalan Lintas site has encountered some unusual activities whereby drivers intentionally hit and run, damaged the flexipoles and barriers, which in return, created a lot of trouble and traffic problems to the public.â€

He said the first such incident was detected on February 4, where two cars - a Hilux pickup and Honda City - were caught running over flexipoles above flyover J7.

A police report was subsequently lodged by the company.

Apparently, the Hilux driver wanted to show the vehicle's toughness and made a video out of it while the driver of the Honda was not so lucky as the vehicle's tyres were punctured after hitting the flexipoles.

The following day at about 8pm, plastic barriers placed over a stretch of 20 metres from the flyover ramping down to the divider near City Mall were intentionally hit by another vehicle.

No car was spotted during the incident, Victor said.

"Some barriers were badly damaged and some were left in the middle of the road and our workers quickly responded to the situation and restored the traffic flow by realigning the barriers while replacing the damaged ones.â€

The company will deploy more manpower and security personnel to monitor and check both flyovers - J7 at Jalan Lintas and J8 at Jalan Tuaran - to ensure that such problem would not recur.

"In our professional opinion together with the Public Works Department, we feel that this sort of attitude is very irresponsible which created danger to the other public users and damaged government's properties' the offenders should be punished for their irresponsible actions" Victor said.