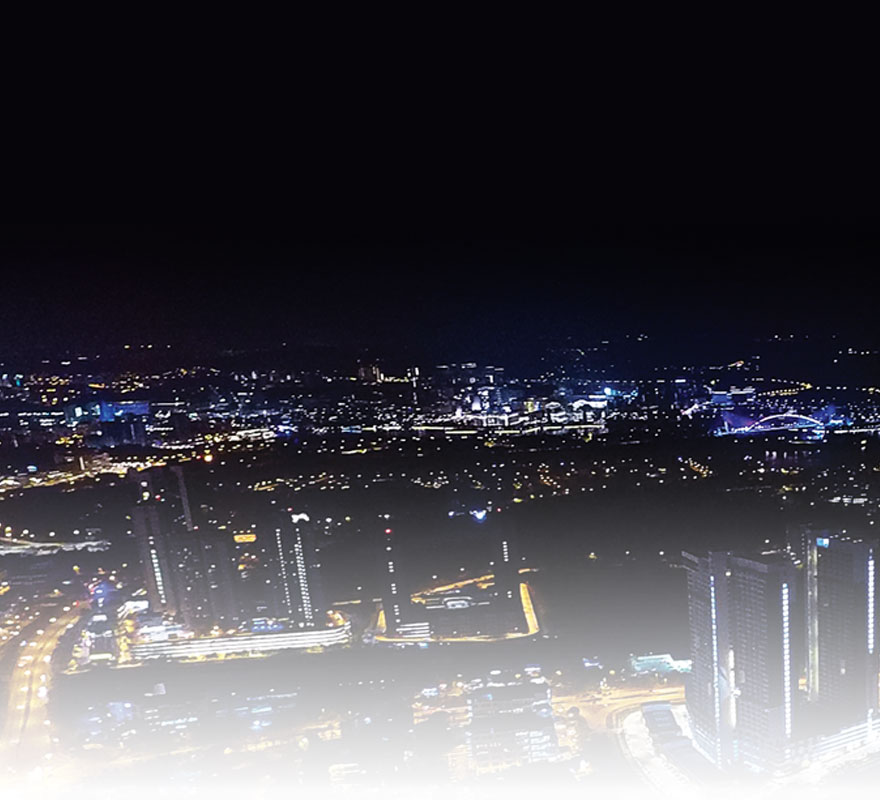 SPECIAL FEATURE
INVEST IN CYBERJAYA
A CITY OF ENDLESS POTENTIAL

Cyberjaya is always a hot topic among property investors. With many commercial and residential developments that have arisen, it has mada the city an attarctive choice for local and foreign bussinesses to live, work and play.

Initially focused on ICT, the city has envolved into a global tech hub(GTH) - which has driven the city's economic growth.

With wide networks that have been established in East Malaysia, Property Hunter sees the importance of highlighting the thriving city into special issue dedicated to this interesting city.

10 REASONS WHY CYBERJAYA IS A GOOD PLACE TO INVEST

Living conveniently near the city and being one with nature is probably ideal for all of us. In Cyberjaya, one will know that the city has a relatively low carbon emission, with most homes developed in low density areas. Furthermore, at least 50% of green open space are reserved.

Cyberjaya is generally safe with very low crime rate. Most housing areas are gated. Plenty of new apartments are built with safety in mind. There are CCTVs installed around the city and there is a big police station dedicated to serve the whole area of Cyberjaya. There's also a fire station so if there's any means of emergency, they're sure to arrive very quickly.

Cyberjaya is known as the capital of creativity. Why you might ask? With 8 universities within the city to choose from, it would be an ideal place for the younger generation to explore their creative side.

Cyberjaya is a city built from scratch so most of the infrastructure is well planned ahead of its time. Most residential areas are fibre optics ready and able to support future broadband services. A lot of multinational companies such as Dell, HP, DHL, Huawei and Tech Mahindra have operations in Cyberjaya due to reliable infrastructure and support from the government.

It is the centralised hub between Kuala Lumpur city and emerging urban south towns such as Sepang, Bangi and Dengkil; which are now conveniently linked with the causeway expressways.

Running a shop lot in Cyberjaya would mean that one would be surrounded with a population of 450,000 catchment market. What's more attractive is that most surrounding towns are mature and craving for new points of interest or activity.

Cyberview, which manages Cyberjaya, promises to maintain the greenery of Cyberjaya. The beautiful Putrajaya Lake which separates the two cities is a sight for sore eyes. There's always a spot for you to do your picnic while enjoying the scenic view of the lake. As cities grow, people will need a place to be closer with nature and Cyberjaya can offer this right now.

Thanks to the multinational companies and international universities such as Lim Kok Wing and Multimedia University (MMU), Cyberjaya has a growing number of expat communities. Many expats from Europe and North America are familiar with the surroundings of Cyberjaya so it has become their preferred choice to live and work. That means investors will have better chances to get good price to rent out their houses or apartments.

The KL-Singapore bullet train is currently a hype and many people are hoping that it will become a reality. Cyberjaya and Putrajaya will become one of the major stops between KL and Singapore. The new station will be built next to Putrajaya and Cyberjaya KLIA Transit station. Eventually, the station will also be integrated with MRT. There will be two MRT stations built in Cyberjaya - Cyberjaya North and Cyberjaya South. The construction of the high-speed railway is expected to commence in 2017, with the completion in 2022.