For Malaysians living in urban areas, access to clean water and electricity is expected. But for many in rural parts of the country, these are luxuries they do not have.

In Sabah’s Pitas district, a three-hour hour from Kota Kinabalu, many of its more than 38,000 villagers have to walk for hours to fetch water.

Two-thirds of villagers are unemployed, and one in two families lives below the poverty threshold.

The problem with access to water supply is not isolated to the people of Pitas. Nor is the issue of poverty.

Efforts by leaders over the past six decades have reduced hard-core poverty to about one per cent from the nearly 50 per cent in 1970.Income inequality has given rise to social tensions and threatens to divide the nation.

Poverty comes at a cost, which affects all of us.

Last year, the government announced that it had spent RM41.1 billion over five years on welfare programmes for low-income groups and vulnerable segments of society.

That does seem like a huge cost to pay, but consider the chain effects of poverty and what the spending was meant to curtail.

Many in the low-income bracket drop out of school and end up taking low-paying jobs.

The poor end up in houses with deplorable living conditions, often giving rise to communicable diseases.

They suffer from a poor diet that adds up to healthcare costs. Crime is no stranger in these communities.

The 2020 Budget continues to extend the government’s commitment to reduce income inequality between rural and urban areas by allocating development expenditure for basic infrastructure, such as water, electrification and roads.

That, coupled with programmes such as Bantuan Sara Hidup, expanded the scope of the PeKa B40 programme, and the introduction of the fuel subsidy can support the B40 community.

We can say the same of many middle-income Malaysians whose forefathers started with humble beginnings.

The government then built public infrastructure to ensure that everyone had access to public healthcare and transportation.

We saw improvements in life expectancy rates, and livelihoods.

In years, the economy progressed and the population grew.

The Shared Prosperity Vision 2030 is a good example of a blueprint to create wealth and benefit everyone.

The government and the people will join hands and ensure that everyone enjoys the country’s prosperity. 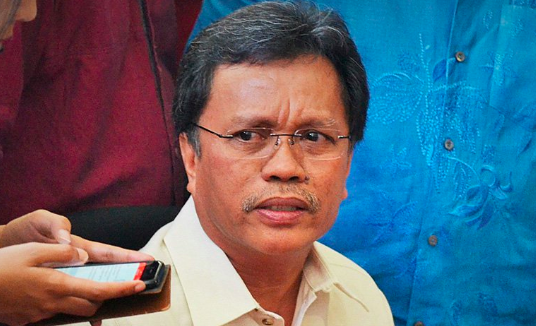