The Star reports that data from the Urban Redevelopment Authority released yesterday showed that there was an increase of 0.9% in private residential prices in three months ended Sept 30, compared to a rise of 1.5% in the second-quarter. The data are flash estimates, which will be updated on Oct 25 once the final data is available. Typically there is little change between the flash estimates and the final number.

Following the initial effects of cooling measures, prices have recently begun to rise again amid a supply glut with 24,000 vacant units and another 44,000 in the pipeline.

Home sales are also slipping, down 4.8% in August. A peak in July was the highest since November.

“After two quarters of increases, prices seem to be resilient and headed for a stable trajectory, ” Ong Teck Hui, senior director of research and consultancy at JLL, was quoted as saying. “Threats from the economic slowdown and oversupply remain, but the downside to prices appears limited, unless a major crisis occurs.”

The data also showed that the luxury end of the market is holding up, with a 2.9% increase in the price of  non-landed private residential properties located within prime and central regions, compared with a 2.3% increase the previous quarter.

In July, Dyson Ltd chairman and founder James Dyson paid S$73.8mil (US$53.3mil) for a residence that spans the top floors of the island’s tallest building,  a new record for a penthouse in Singapore.

“The revival of the high-end market may be attributed to the keen interest to invest among wealthy buyers and the availability of attractive quality projects, ” Ong said. 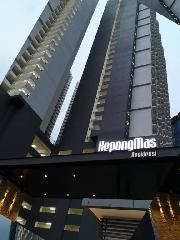