If the writer is unaware of this, let this be clear: Sunsea Development Sdn Bhd also owes other creditors money for this skybridge project, including Bank Pembangunan Malaysia Berhad and Borneo Housing Mortgage Finance Berhad. In this case, the project contract has been assigned to the banks for a loan to finance the project, and the banks as such will be secured creditors – Petrofiq Sdn Bhd as unsecured creditors will only be left with crumbs.

However, the loan sum must have been misused elsewhere by Sunsea Development Sdn Bhd, and if not so, the company would have been able to pay Petrofiq Sdn Bhd.

The easiest way out is a bailout, i.e. the government pays both Sunsea and Petrofiq.

This seems to be what the writer wants when he took pains to push for the money to be paid, by hook or by crook.

In this regard, the writer seems to have a thinking no different from an Ah Long (illegal loan shark).

Ah Longs would splash red paint and resort to threats, even towards the borrower’s family members. Ah Longs don’t care about where the money comes from, they just want the money.

Similarly, here, as far as the writer is concerned, the government has to pay up even though it is Sunsea Development Sdn Bhd that cocked up.

This leads to an irresistible question: Is the writer related in any way to Sunsea Development Sdn Bhd? This is because in the event of a bailout, the biggest beneficiary is actually Sunsea Development Sdn Bhd who had  allegedly already spent the loan amount meant for financing the skybridge project elsewhere and need not worry about paying Petrofiq and their loan with the banks.

To add salt to the wound, the writer had to mention the government’s approval of development projects worth over RM2billion (RM2.28 billion to be exact) for Sandakan as if Sandakan is not worthy of these developments. The writer ought to know that if there is a cock up of these projects, the government might be paying not just that amount, but perhaps double that amount, and we do not want to even go there.

There has to be a better way out, but bailing out is not the right way. There are better ways to spend the rakyat’s money than to pay for a contract sum twice. Personally, I would prefer that the directors of Sunsea Development Sdn Bhd be personally liable but, alas, they are protected by the corporate veil. We should probably lift it if some form of misconduct can be established.

One of the lessons to be learned here is that it is important for the government to appoint only contractors that are competent enough to be able to complete a project and not abandon them. It is important to end cronyism.

Don’t just give out projects just because the person is your friend. It is very easy to take loans from bank if you have a government contract to construct something, but not everyone has the discipline not to use that loan sum for other purposes. 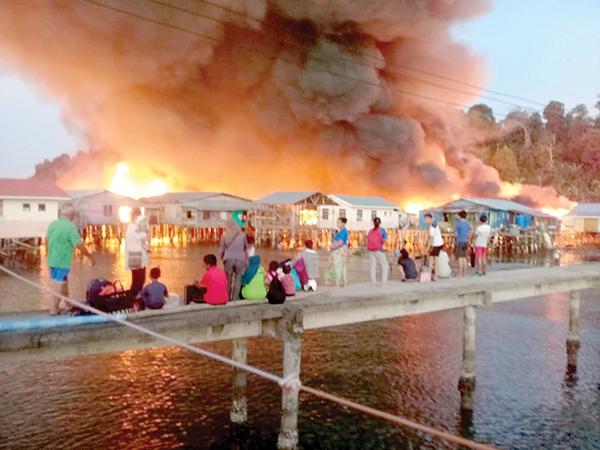